A male collects up to 1000 short sticks to construct a bower.  Then he decorates it with blue, all to convince a female to mate.  Rather than fancy plumage or beautiful song, the male can spend as much as 9-10 months constructing his bower and decorating it.  Sometimes they even steal adornments from rival’s bowers. 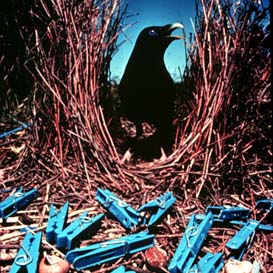 Once the bower is completed, the male sings and dances puffing out his crest to any interested females.  Female’s visit a few bowers, deciding who to mate with.  When she’s selected a male, she builds a nest nearby.  Then she returns and stands in the bower while the male continues his song and dance routine, singing, struting, hissing, and adding more objects to charm her.  Eventually they mate in the bower.

A mature male with a specially fancy bower and decorations might successfully entice several females in one season to mate, while some males might completely fail. 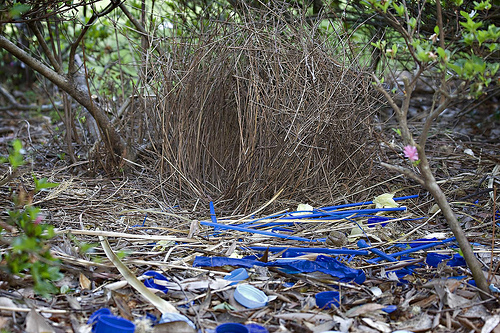 Photo by The Waterboy 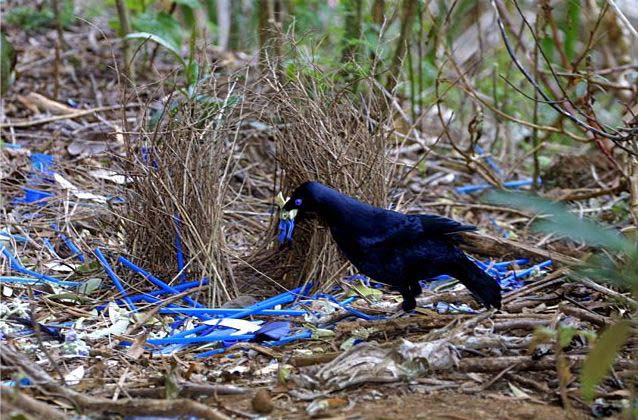 The volgal bowerbirds use a variety of colors and shapes from flowers to berries to any shiney or interesting object. 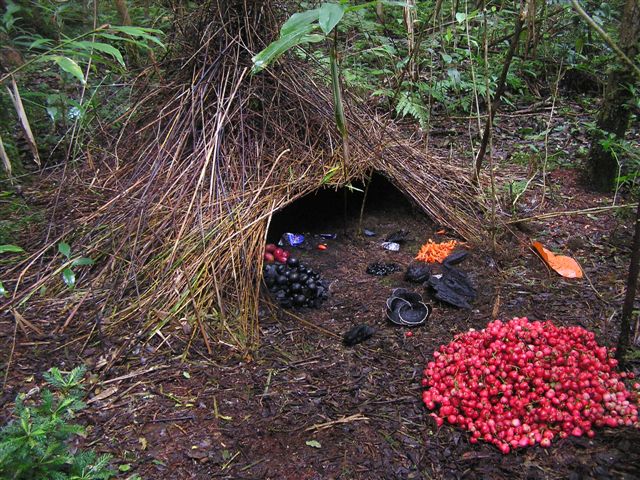 mdeboer{at}var.nl. I believe this is the person who took this pic and put it on members.tele2.nl/michiel.1/papua/West%20Papua.htm

Check out this bower and the size of the bird that built it! 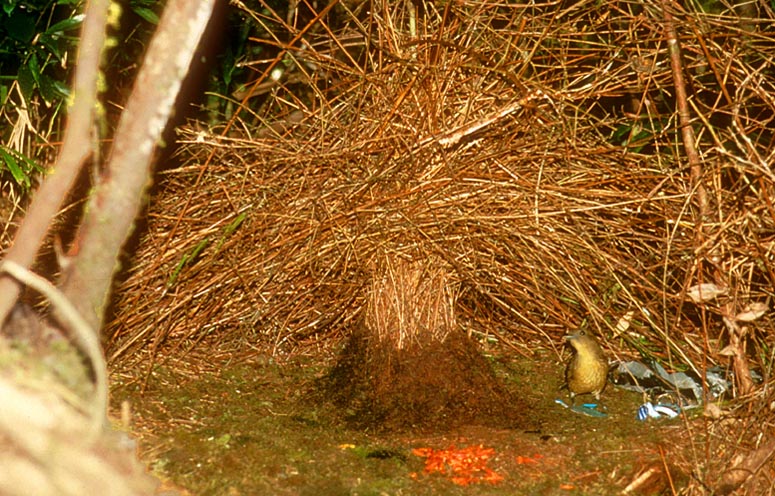 This is a Vogelkop Bowerbird who has built a “maypole” bower, like a wild head of hair on a pole.  The bird is in the lower right of the photo, tiny compared to his bower.

There are about 20 species of bowerbird in Australia and New Guinea.