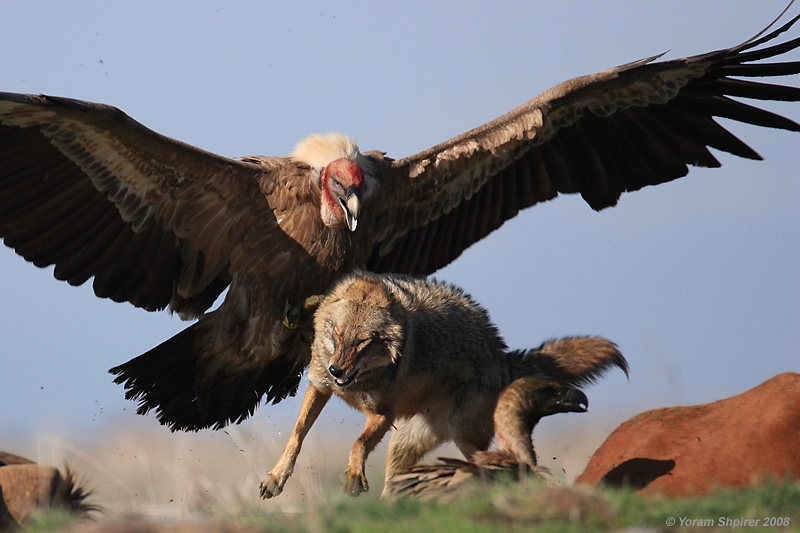 This remarkable image got me started thinking about the California condor, the largest flying bird in North America.  This is probably not a condor but it sure is a big vulture, like the condor.

Here are some interesting things about condors and the efforts to save them from extinction.

2)  Using thermal updrafts, condors can soar and glide up to 50 miles per hour and travel 100 miles or more per day in search of food. 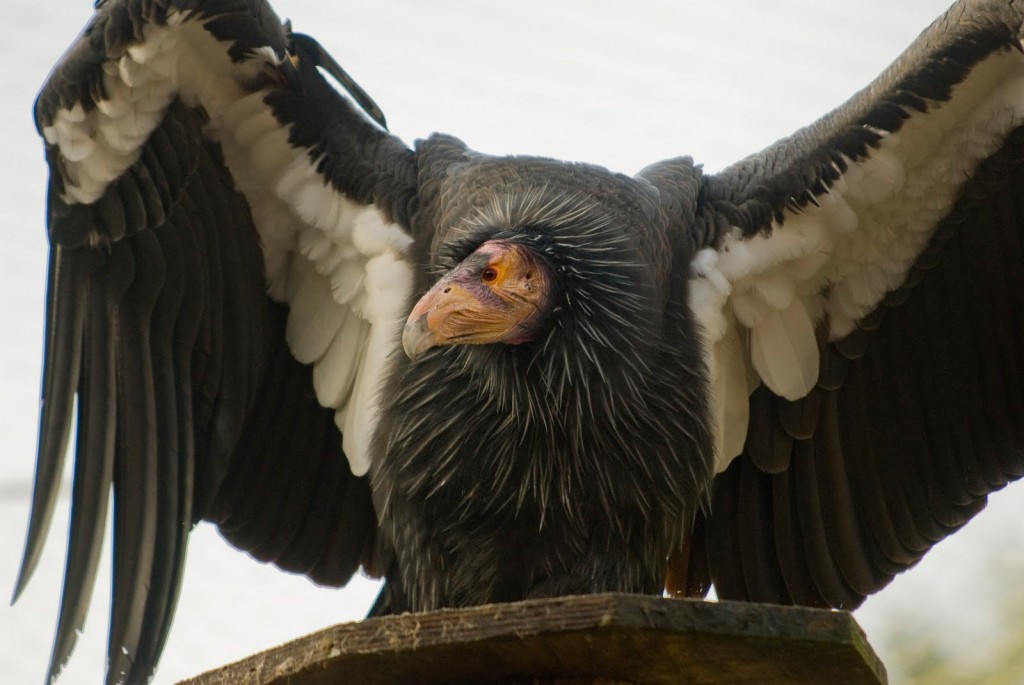 4)  They can live up to 60 years in the wild, and become sexually mature at six or seven years of age. 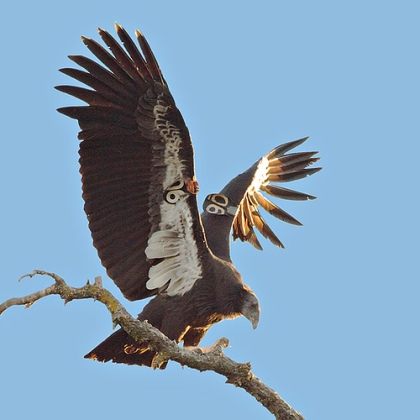 5)  Condors mate for life and females lay a single egg, about five inches in length and weighing around 10 ounces, every second year. Male and female condors share incubation shifts.

6)  California condors are curious, intelligent, and playful. They are very gregarious and often feed, bathe, roost, and play together.  According to Sophie Osborn of the Peregrine Fund’s California Condor Restoration Project in Arizona, “tug-of-war and punting empty water bottles around with their bills are two of their favorite “games.” 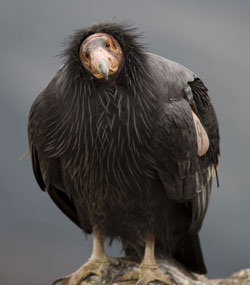 Am I crazy for thinking this fellow (or gal) looks sorta cute?

7)  They are more closely related to storks than birds of prey and are close to ravens in personality. 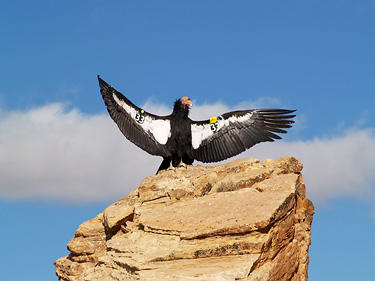 8) The populations’ low point was in 1982, with only 22 remaining, 21 in the wild and one in captivity.  Their numbers were decimated by years of shooting and poisoning. The poisoning came in two forms: condors became indirect targets when they fed on carcasses that had been laced with poisons to kill predators such as coyotes; condors also succumbed to lead poisoning by eating the remains of animals killed by hunters using lead bullets.

9)  In 1987 the controversial decision was made to bring all remaining condors into a captive breeding program before it was too late. 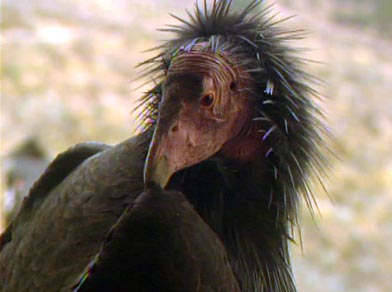 10)  Because condors only lay one egg every two years, captive breeding techniques were developed in which eggs are removed as they are laid, usually causing the captive condors to lay a second and sometimes third egg. The extra eggs are incubated. 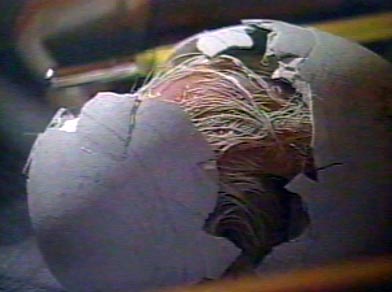 11)  These chicks are raised by caretakers using a hand puppet shaped like a parent condor head. The puppet prevents the young condors from imprinting on people. 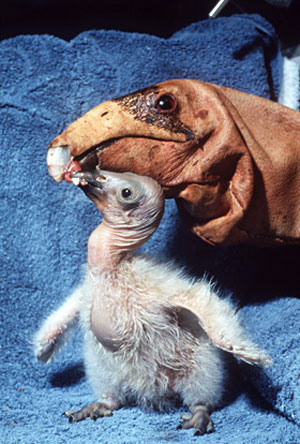 This is a puppet mom or dad, in case you couldn’t tell.

This video shows a puppet feeding a two-day-old chick.

12)  Condor chicks that are not raised by puppets, are raised by their parent birds. As a result of captive breeding, condor populations have increased dramatically from 22 birds in 1987 to more than 270 birds in 2005.

For information and thanks to:  California Literary Review article by Paul Comstock