Check out this confused “mother,” a reed warbler, feeding it’s “baby” cuckoo sitting atop a nest it has long outgrown.  Does it notice how different this baby is? 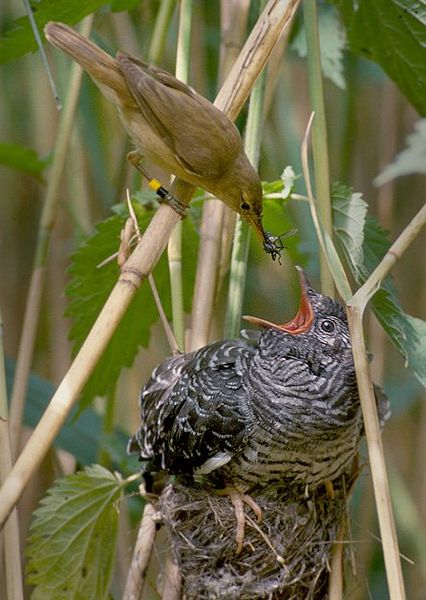 By Per H. Olsen

Cuckoos  are famed for laying their eggs in host species’ nests, leaving unwitting “foster” birds to raise their chicks.  Known as “brood parasites” they are able to specialize their eggs’ appearance in order to disguise them in the nests of other birds.   In a mere ten seconds, the cuckoo hen swoops down and lays an egg very similar to her host’s, and flies off with one of the host’s eggs in her bill. 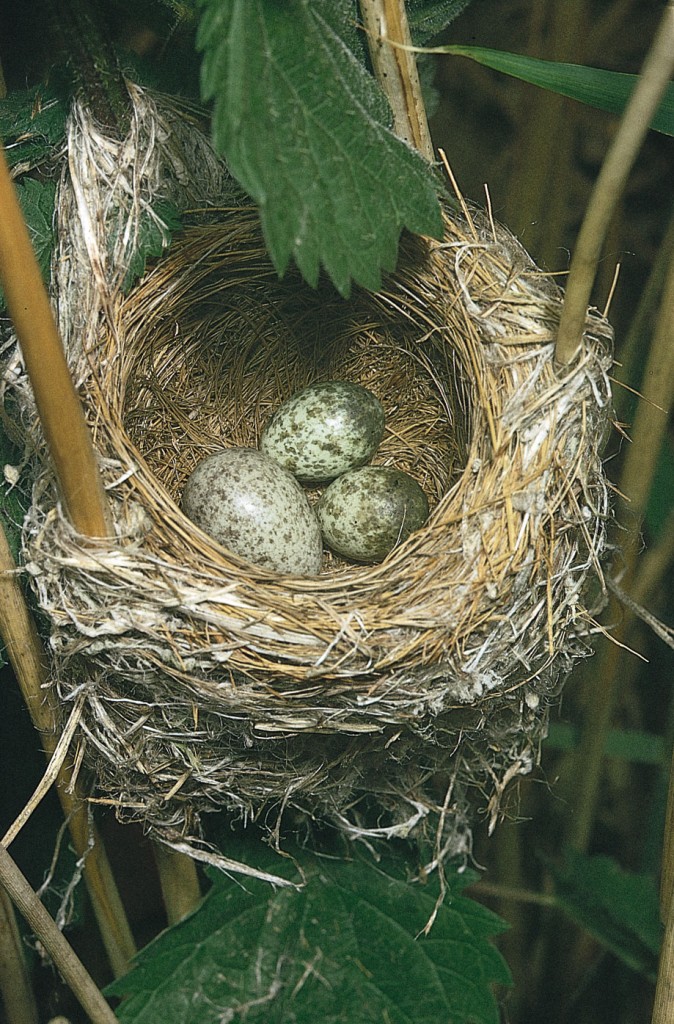 When the young cuckoo hatches, its first act is to dispose of any other eggs: it heaves them out of the nest, leaving itself as the sole occupant.

What happens next is peculiar. The foster parents don’t appear to notice they are rearing a monster. Instead, they work hard to satisfy the demands of the chick, even though it sometimes becomes so large that it no longer fits inside the nest, and has to sit on top. It’s one of the oddest sights in nature. 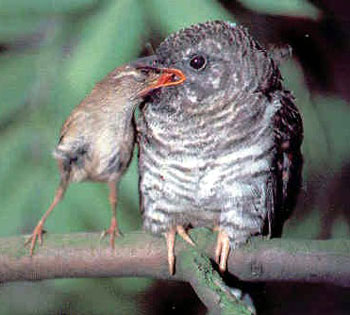 Confused “Mama” feeding its “baby”.
Now the Honey guide bird and the Honey badger.  They have a symbiotic relationship, providing mutual benefit.

2 thoughts on “Cuckoos and Honey guides”