Japanese photographer Tsuneaki Hiramatsu uses time-lapse photography to capture these stunning images showing the patterns of light made by fireflies.  None of the artist’s photographs were captured with camera flashes or artificial light.

Lightning bugs are able to light up come using bioluminescence, which is created when a pigment and chemical react and is most often seen in sea creatures. 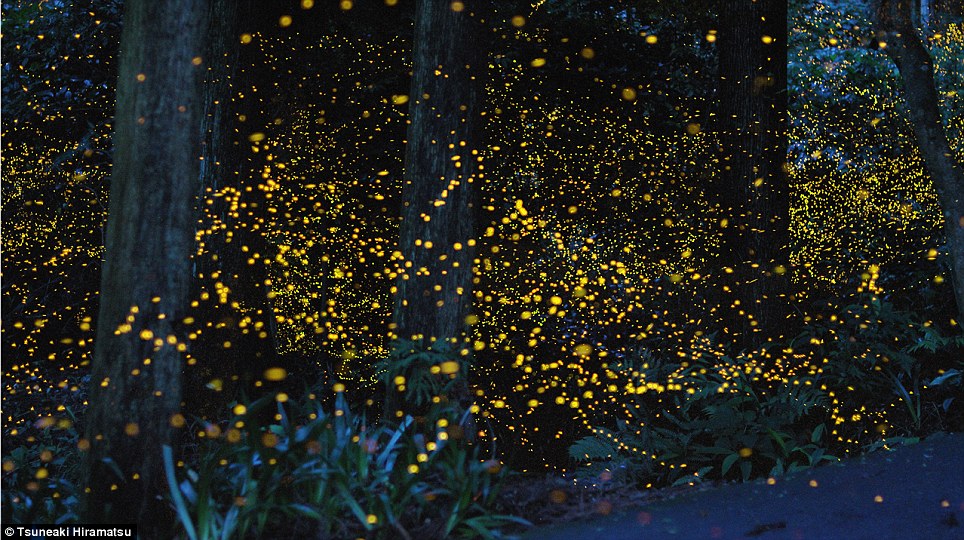 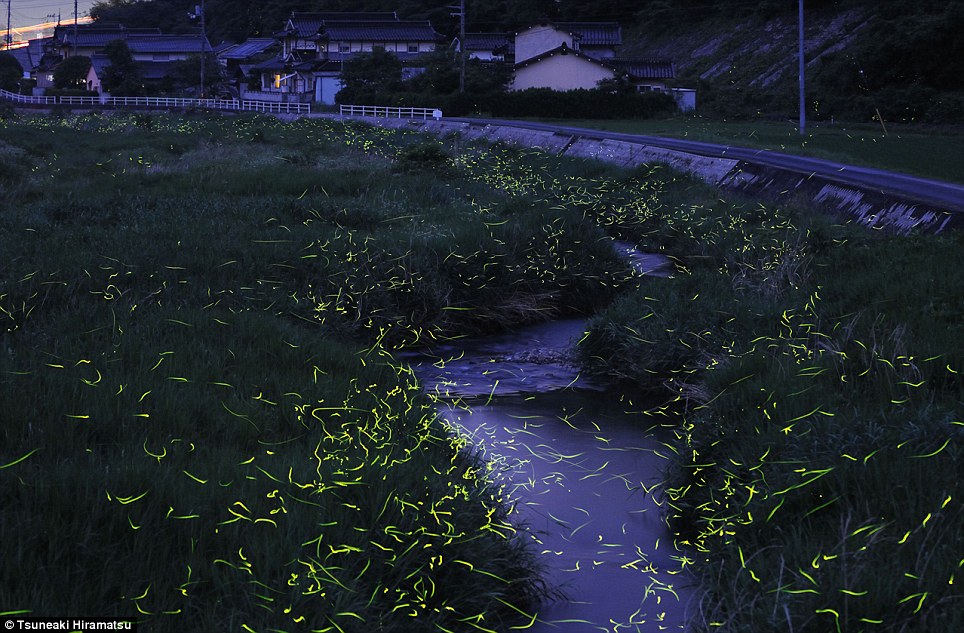 Fireflies over a meandering stream as dusk falls 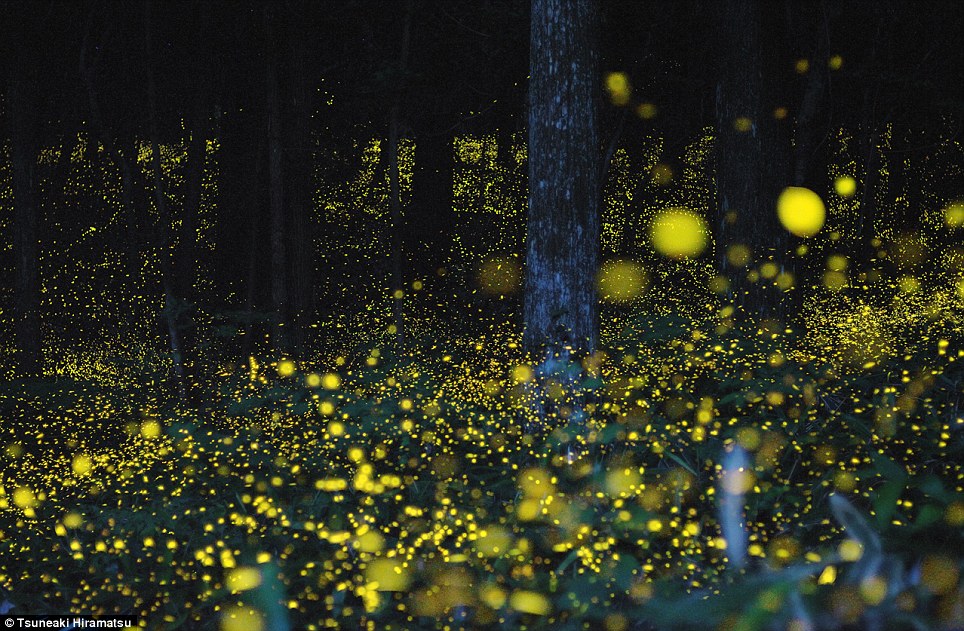 Fireflies can be found on every continent except Antarctica. 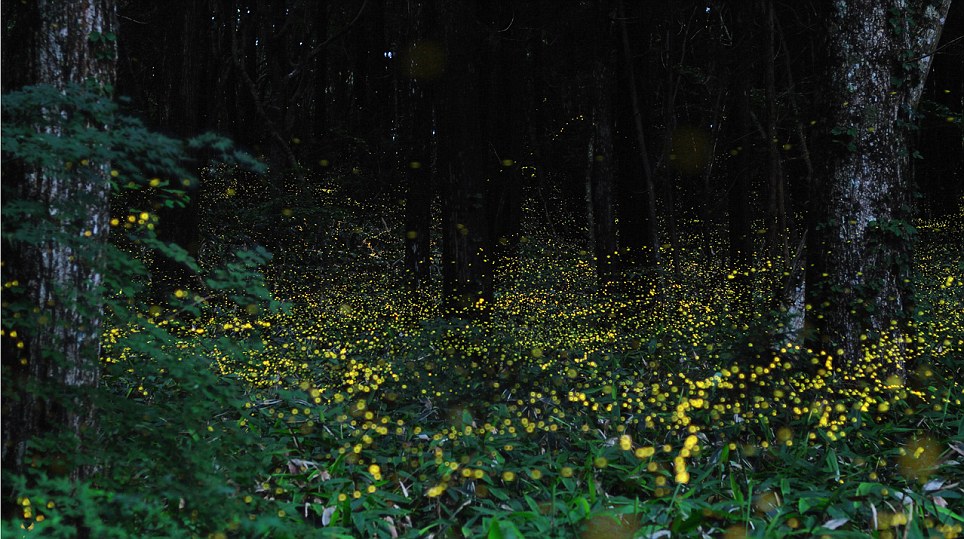 According to firefly.org, fireflies emit light mostly to attract mates, although they also communicate for other reasons as well, such as to defend territory and warn predators away. In some firefly species, only one sex lights up. In most, however, both sexes glow; often the male will fly, while females will wait in trees, shrubs and grasses to spot an attractive male. If she finds one, she’ll signal it with a flash of her own.

They can be found on every continent except Antarctica.
From: Daily Mail online    via Gary Whitney.  Thanks.