For hundreds of years the people of Cherrapunji, India have been crossing the chasms and  rivers in their area by growing bridges from live trees.  Living in one of the wettest places on earth, timber bridges would quickly rot.  The rubber fig trees they use have roots that grow well above the soil surface as well as below. 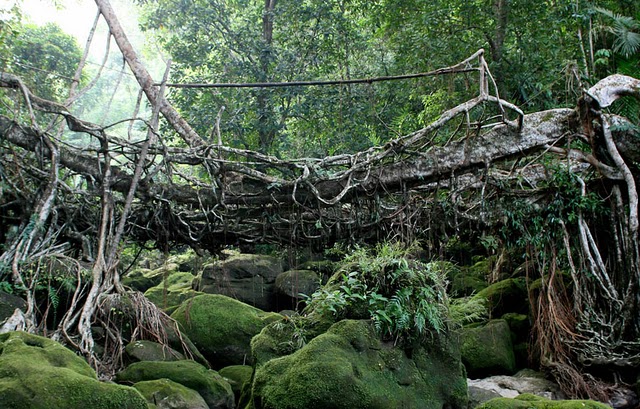 By guiding these roots, villagers can slowly grow a strong, permanent bridge.  In fact, because they are living, the bridges get stronger over time.  Some can hold up to 50 people. 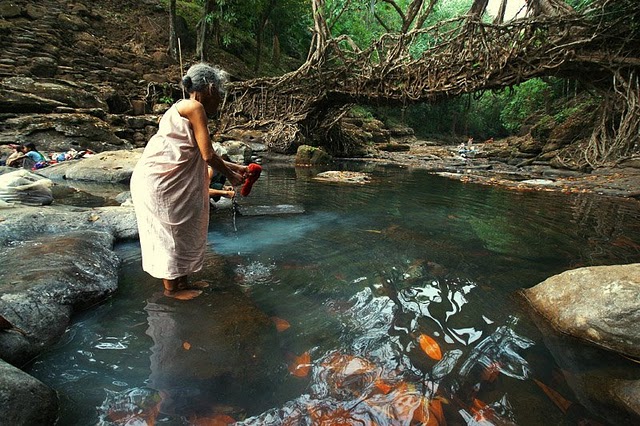 In order to make a rubber tree’s roots grow in the right direction—say, over a river—the Khasis people use betel nut trunks, sliced down the middle and hollowed out, to create root-guidance systems. The thin, tender roots of the rubber tree, prevented from fanning out by the betel nut trunks, grow straight out. When they reach the other side of the river, they’re allowed to take root in the soil. 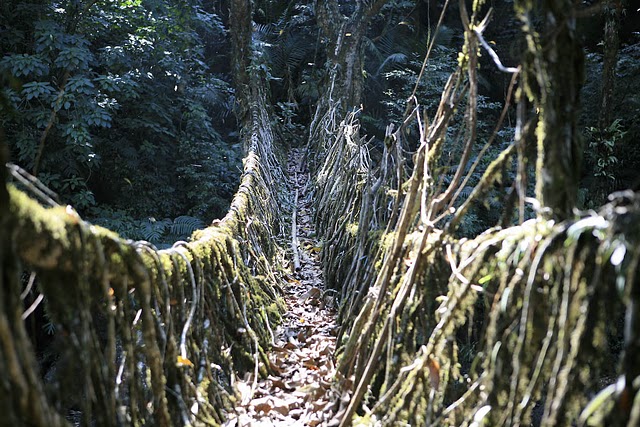 They take ten to fifteen years to become fully functional. 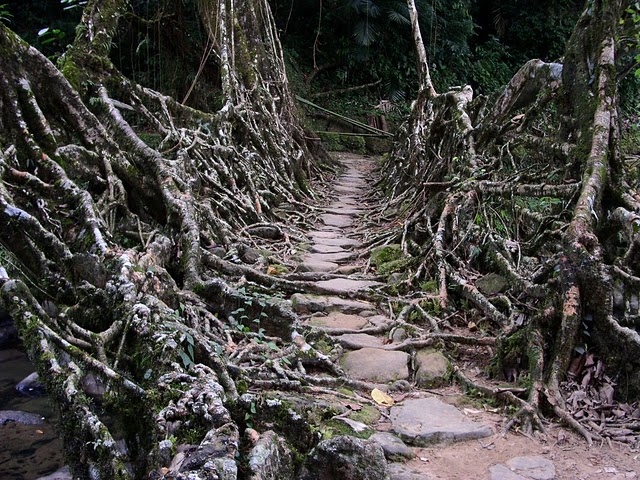 But then they last for hundreds of years, growing stronger. 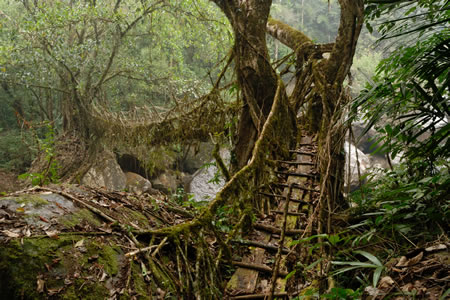 Above is the longest known root bridge, about 100 feet. 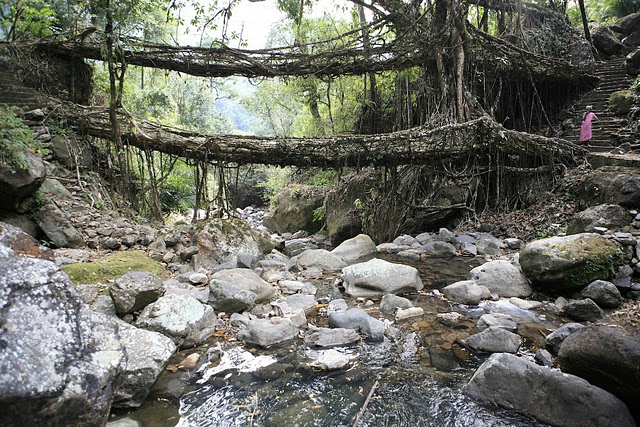 There’s even a double-decker. 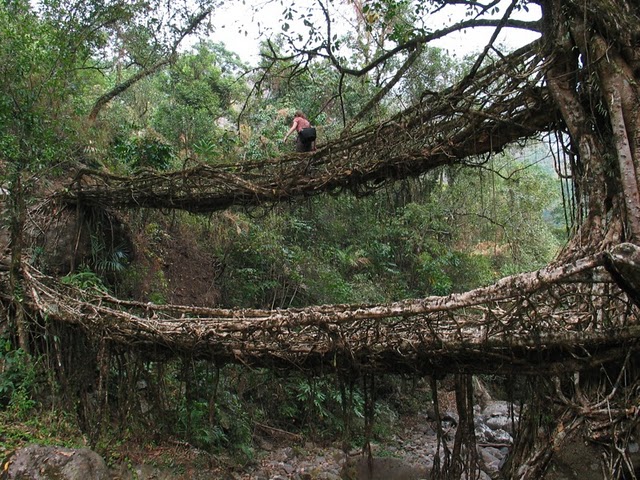 In Japan’s remote west Iya valley, locals use wisteria vines, growing from opposite sides of a river and woven together to form a bridge.  They then weave planks into them at 6-12 inch intervals. 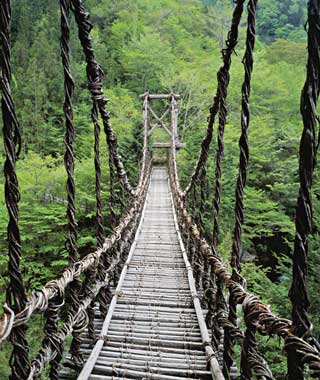 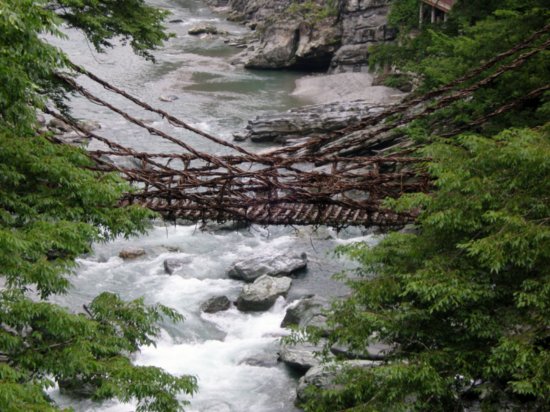 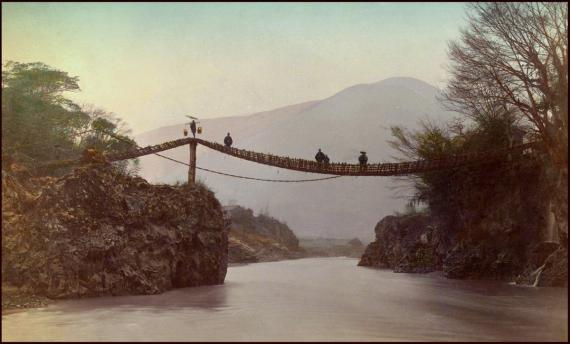 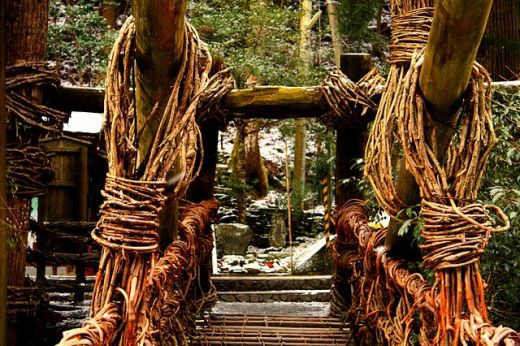 While some (though apparently not all) of the bridges have been reinforced with wire and side rails, they are still harrowing to cross. With planks set 7 inches apart and a drop of 4 1/2  stories to the water, they are not for those with a fear of heights. 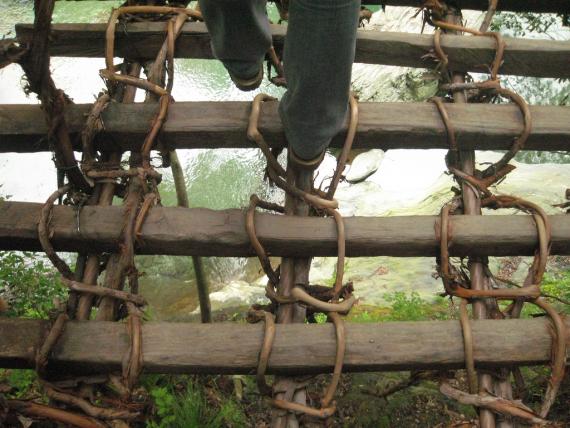 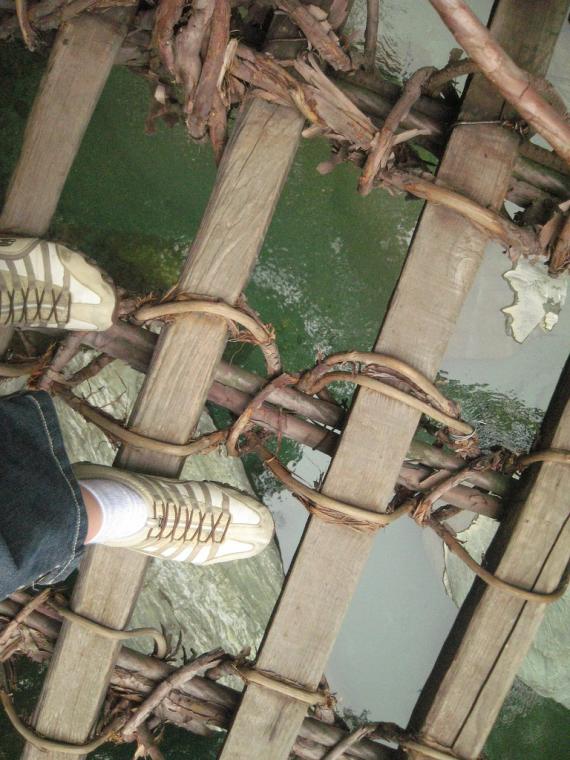