O.K., this is only the second time in two years that I’ve done a post where you really miss the point if you don’t read as well as look at the pictures.  In fact, the first READ THIS post is about the parasite that got me started collecting wonders.

1)  Slime molds are single-celled amoebas that can gather by the thousands to form multicelled bodies that can crawl or develop into gigantic pulsating networks.

2)  Despite having no brain, the organism is able to “organise” its cells to create the most direct route through a maze in order to reach a source of food.

3)  According to Atsushi Tero, from Kyushu University, southern Japan  “Computers are not so good at analyzing the best routes that connect many base points because the volume of calculations becomes too large for them, but slime molds, without calculating all the possible options, can gradually find the best routes.” 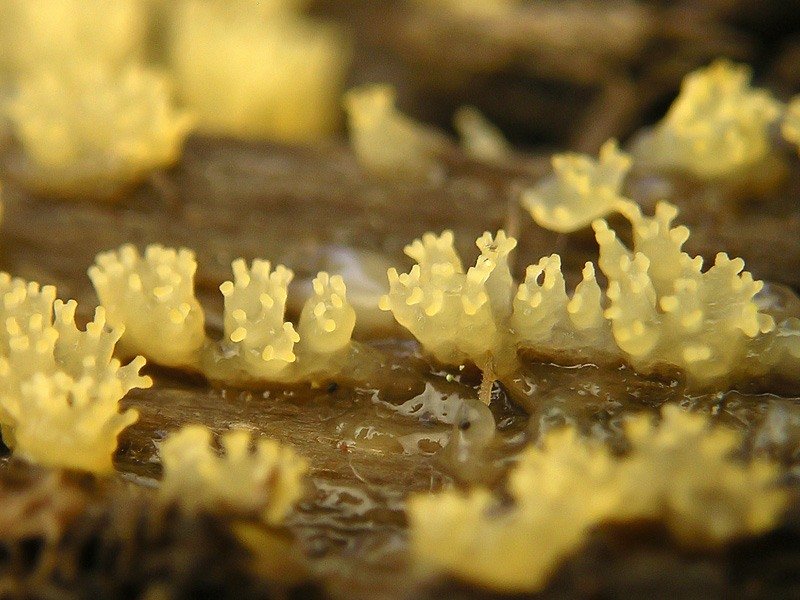 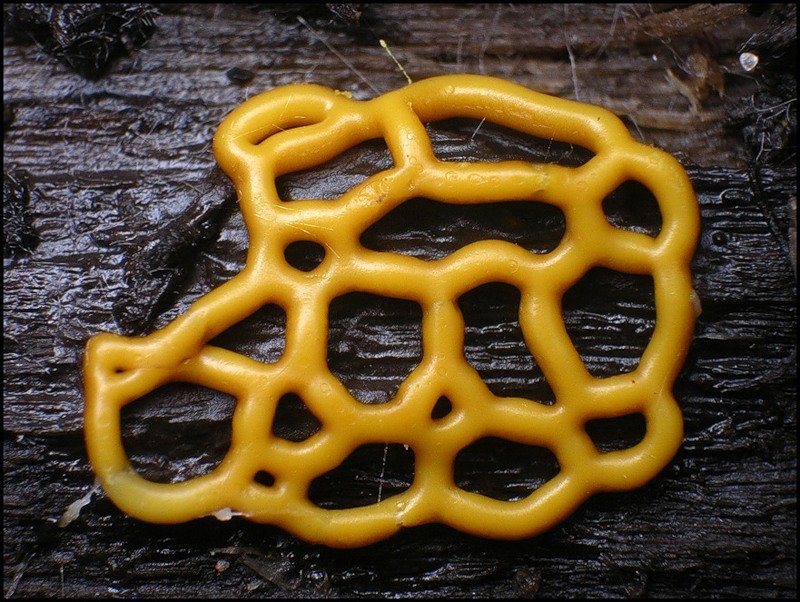 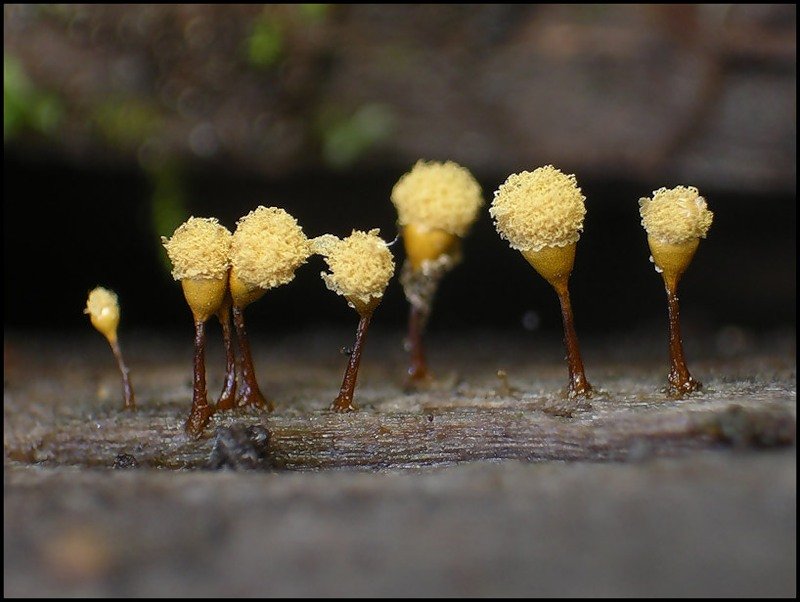 4)  When the individual amoeba cells become hungry, they rush together more like one organism for a common cause, for which some will sacrifice themselves.  Inside the organism about 1 percent of the amoebas turn into police.  They crawl through the slug-like blob looking for infectious bacteria.  When they find one, they devour it and then drop away from the slug, taking the bacteria with it.  They then die of the infection while the slug remains healthy.

5)  Next some more of the cells (20%) die as they transform their bodies into a stiff stalk of cellulose, so that others can crawl to the top and form a sticky ball of spores that stick to the foot of an animal and travel to another spot to reproduce.

6) Biologists have found slime molds in Antarctica, in barren deserts, high in the canopies of jungles and even on the leaves of household plants.

So now you can enjoy looking at the variety of this life form as reflected in these images thanks mostly to englishrussia  a website that translates Russian sites into English. 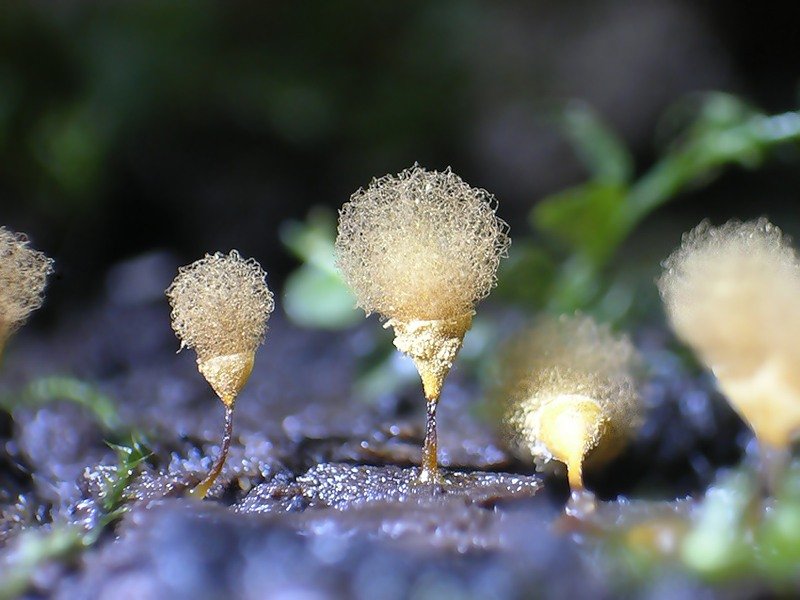 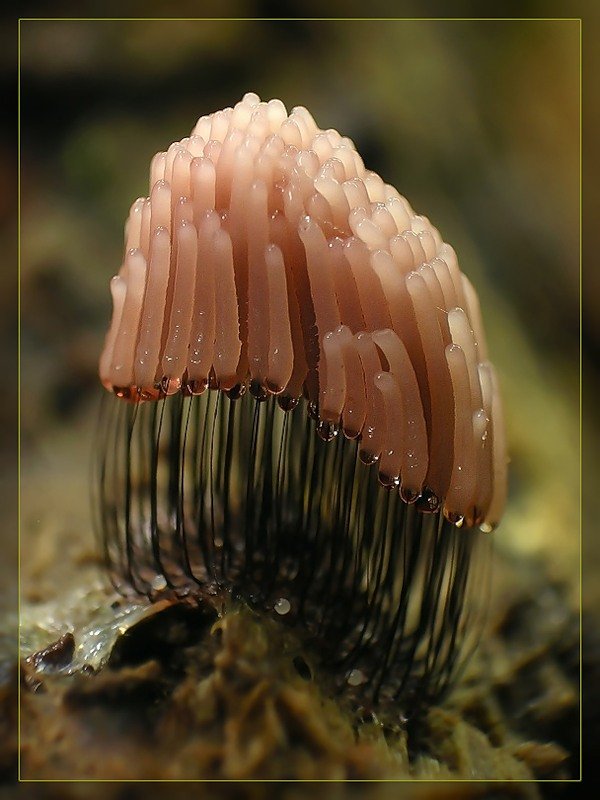 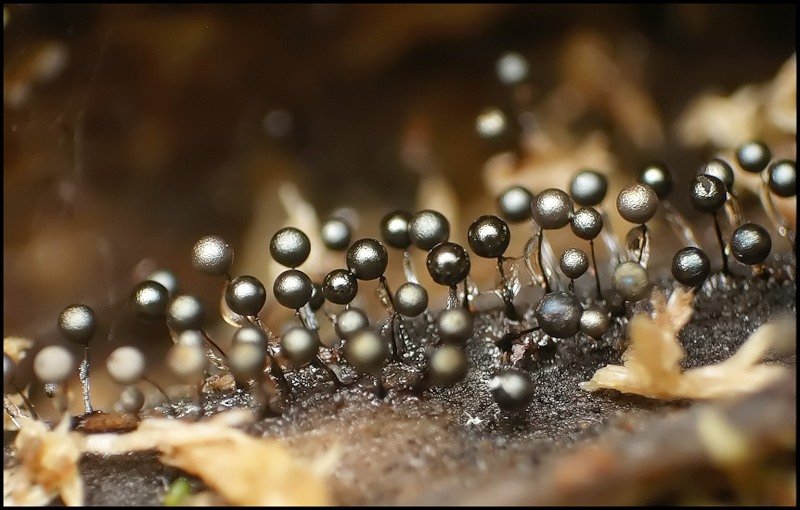 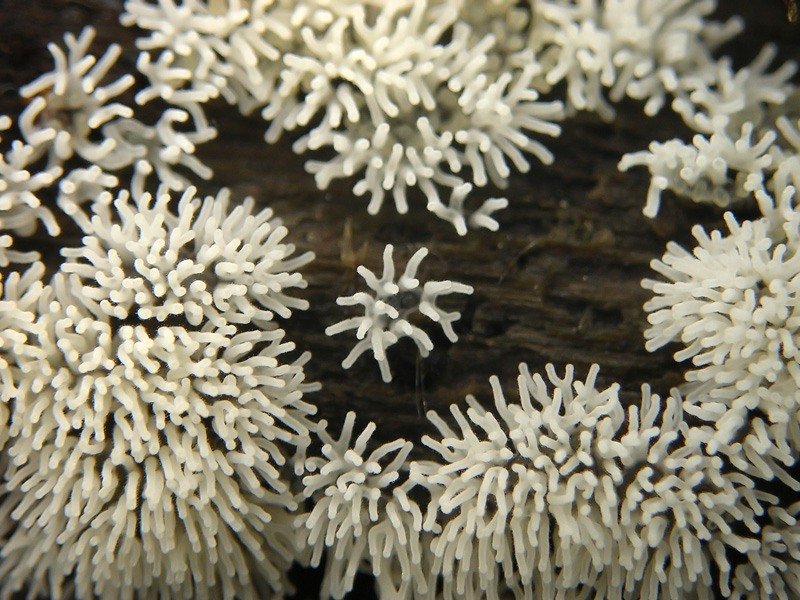 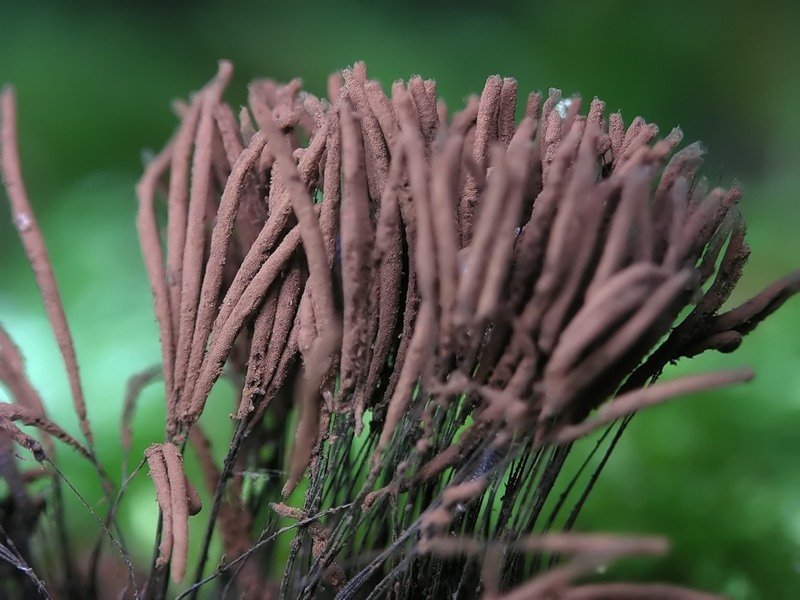 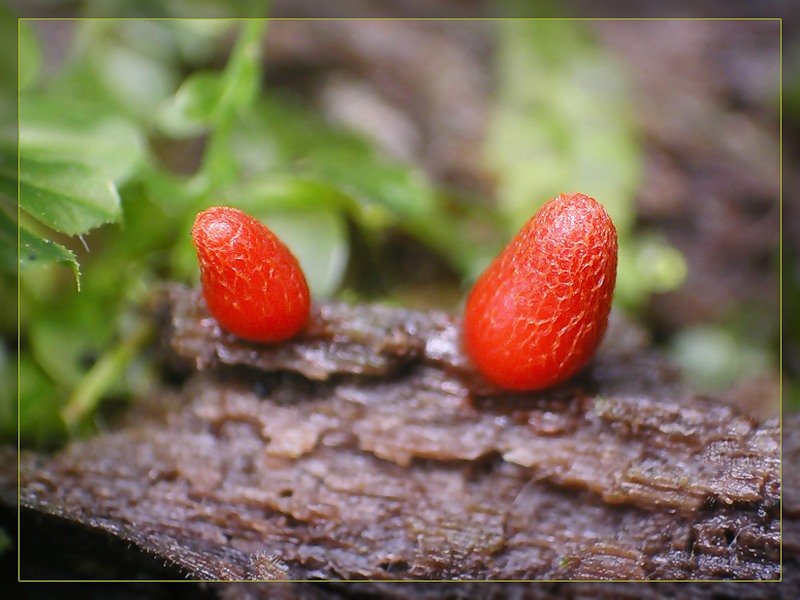 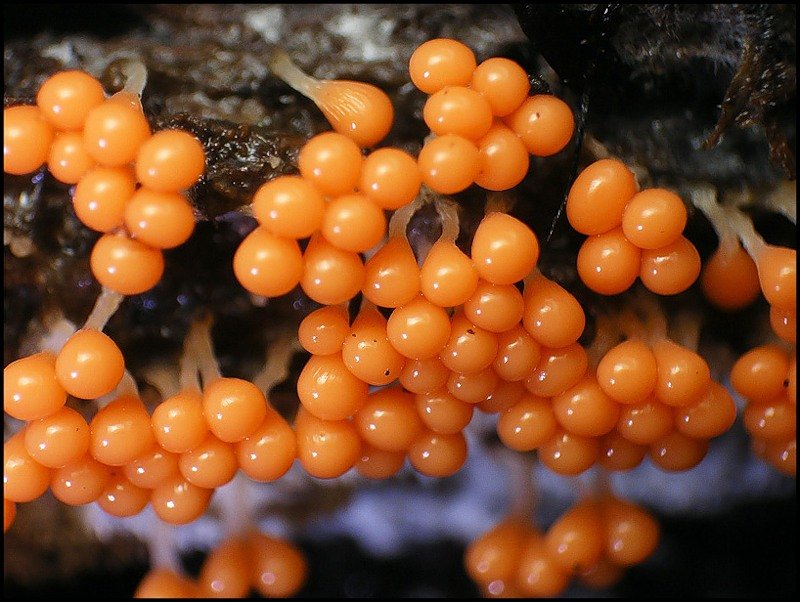 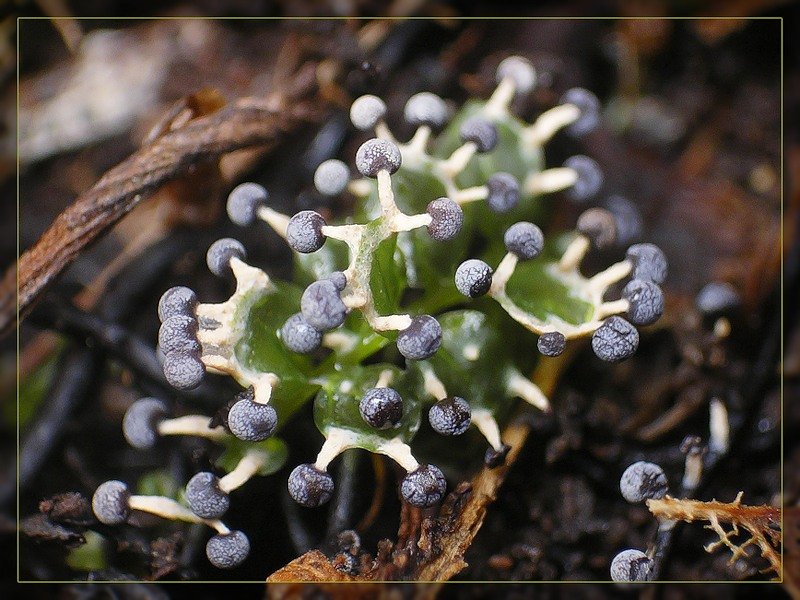 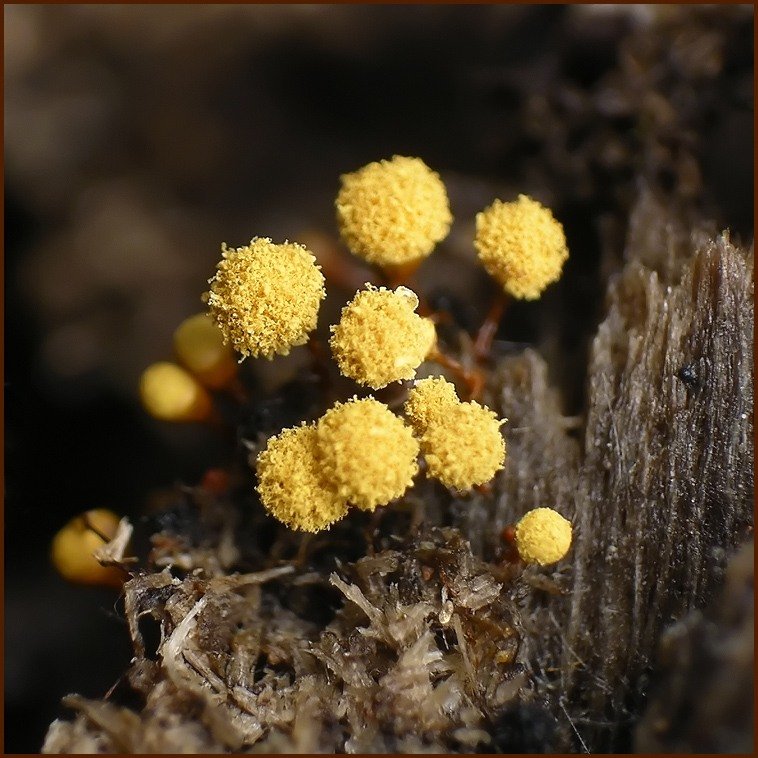 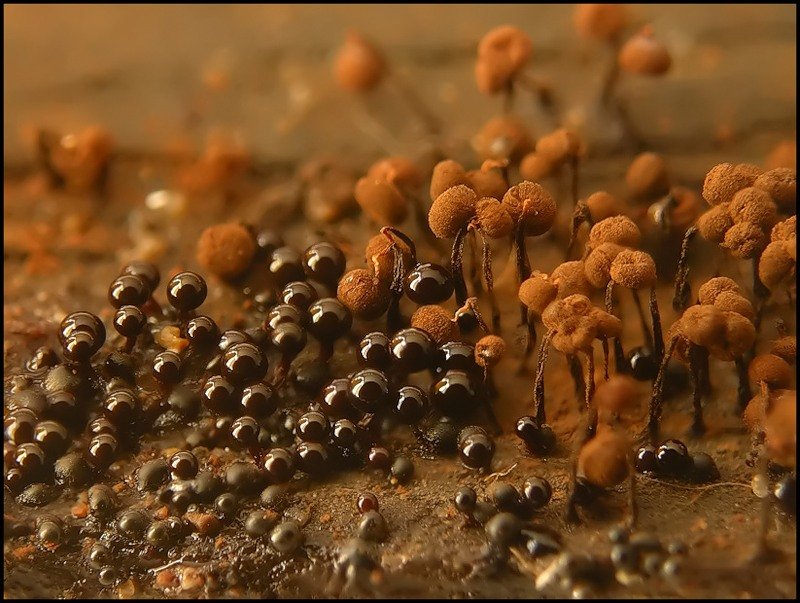 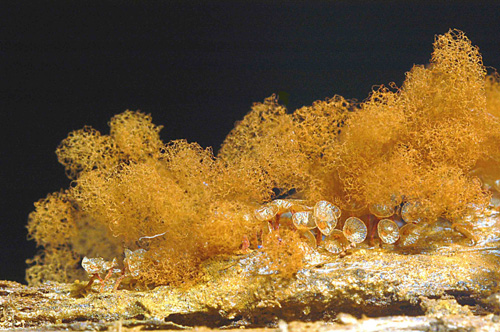 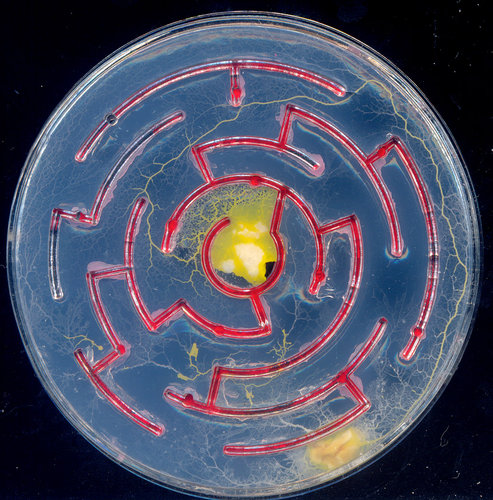 Slime mold finds its way to an oat through a maze

Thanks to Funny Times column, News of the Weird for getting me started on slime molds.

Thanks to The New York Times and London’s Telegraph newspapers for the info.

Again, thanks mostly to englishrussia for a majority of the images.

And here’s one more chance to check out the first READ THIS! post if you’ve missed it.