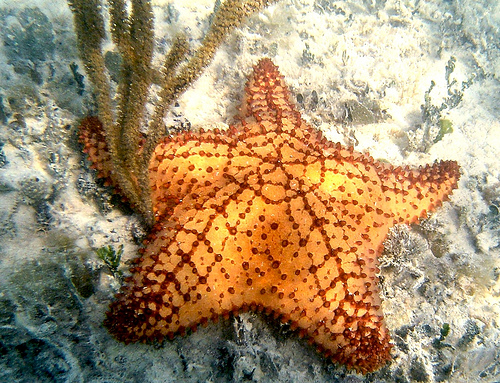 Marine scientists have re-named star fish to sea stars, because they are not fish.  They belong to a group of animals called echinoderms, which means “spiny skin.” They are related to brittle stars, sea urchins, sea cucumbers, and sand dollars.  There are about 1800 species of sea stars and they live is oceans around the world.

1)       A few species of sea stars can grow an entirely new body just from a portion of a severed limb.  They accomplish this by housing most or all of their vital organs in their arms. Others require the central body to regenerate a new limb.

2)      Sea stars use sea water instead of blood to pump nutrients throughout their bodies.  They have no brain, instead they have one or more rings of nerve tissue surrounding the esophagus to lend some coordination to their movements.   They detect light with five purple eyespots at the end of each arm.

3)  They have an organ that creates a mighty suction at the end of hundreds of tube feet under the arms by pumping water through the tubes.  With this suction  they can pry open even the most tightly closed shells such as mussels and oysters.

4)  They then force their stomach out of their mouth (which is on their bottom side) and insert it into a tiny crack between the two shells of the mussel or oyster.  They secrete a digestive enzyme which turns the animal’s flesh into a puree that the stomach absorbs. 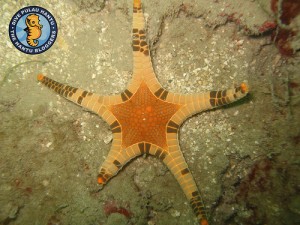 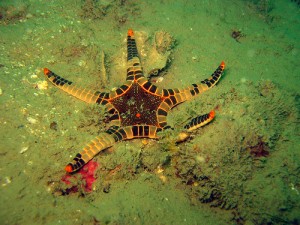 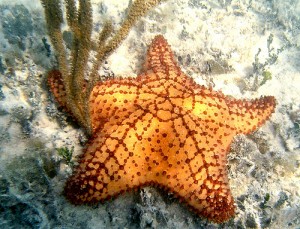 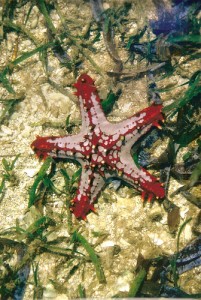 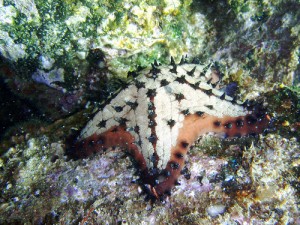 Had to put this in:  chocolate chip seastar 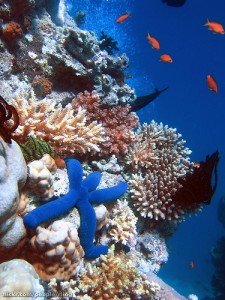 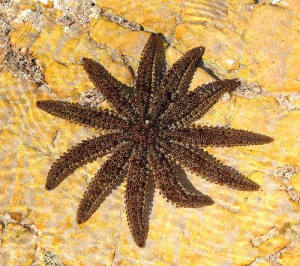 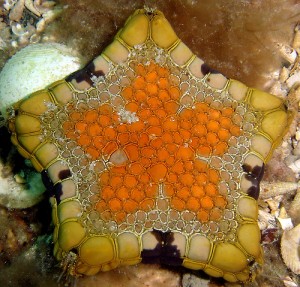 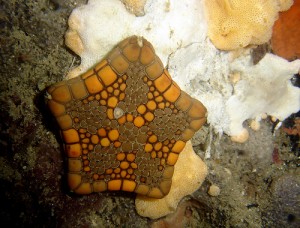 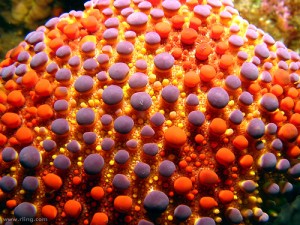 Detail of the upper surface of a Firebrick Sea Star

The following Basket Stars are one of the stranger cousins of starfish. These plantlike creatures coils into a knotted ball during the day.  At night they stretch out into a basket-like shape fishing for plankton and other microscopic critters. 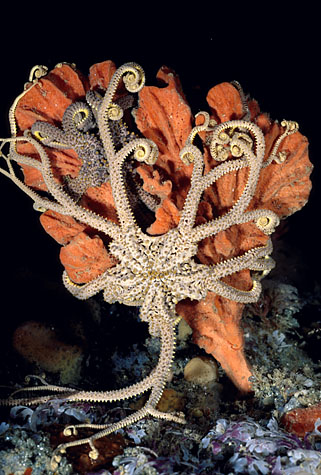 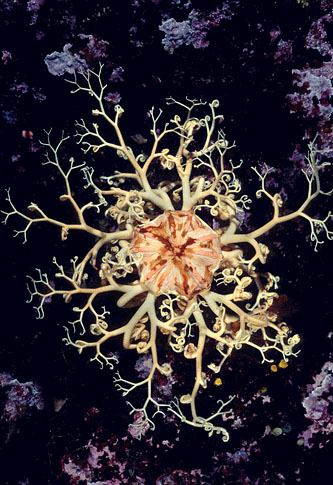 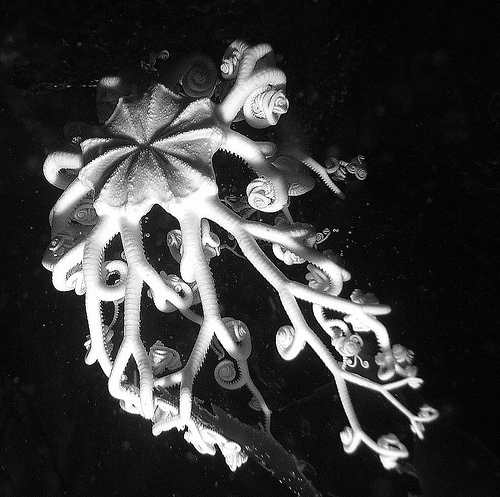 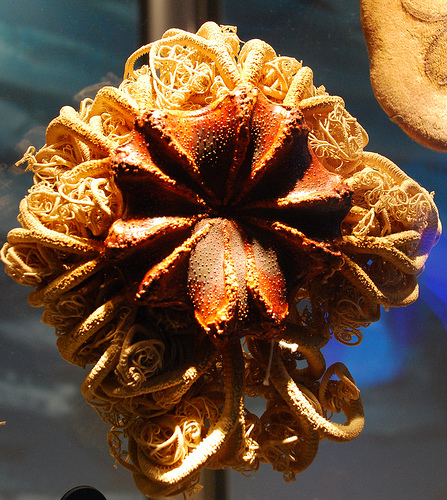 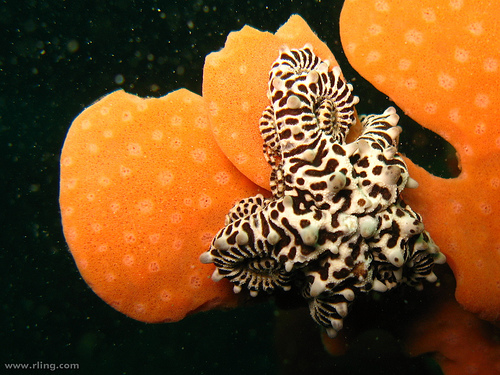 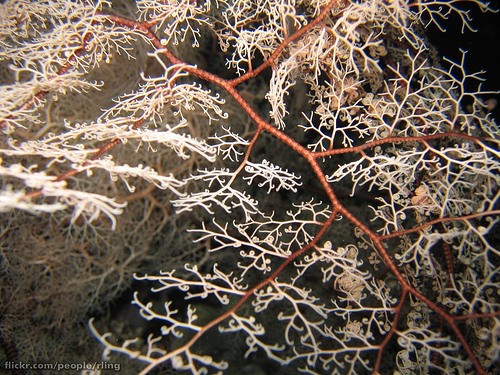