Ring galaxies are a special kind of colliding galaxy formed when a smaller galaxy passes through the center of a larger one.

The space between stars in a galaxy is vast, so when galaxies collide, the stars don’t actually crash into each other. Instead, it’s their gravity that makes a mess. It’s somewhat like ripples in a pond after a large rock has been thrown in.  As the ripples plow outward, clouds of interstellar gas and dust collide and compress creating their own gravity.  Eventually these gas clouds collapse and form new stars.  The ring is blue because the countless stars being formed by the gravity-ripple are new and hot.  The bright yellow light in the middle shows the older stars in the  galaxy. 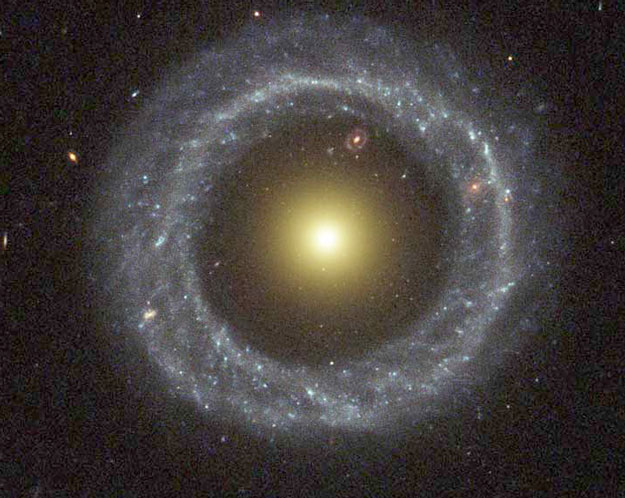 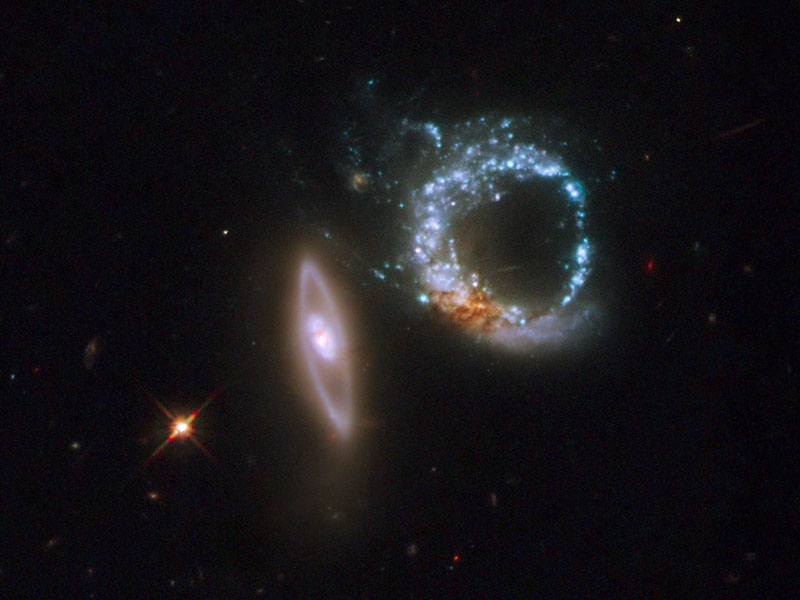 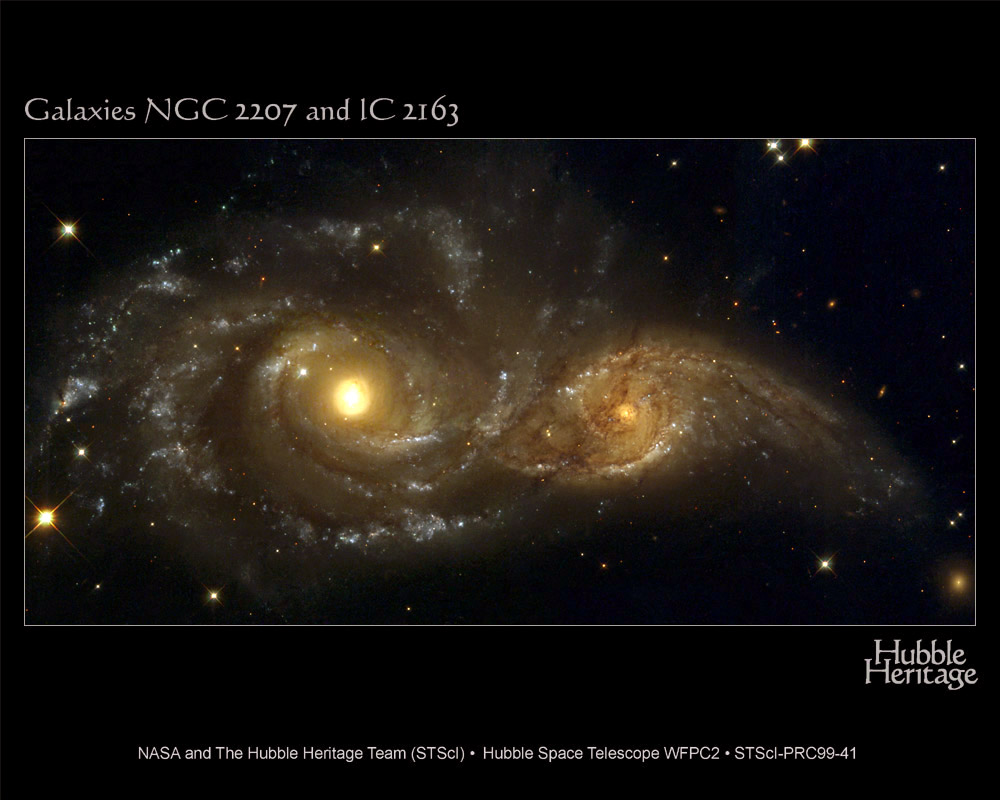 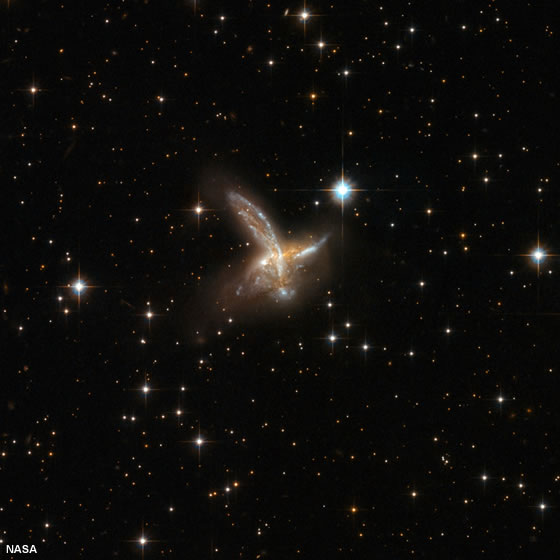 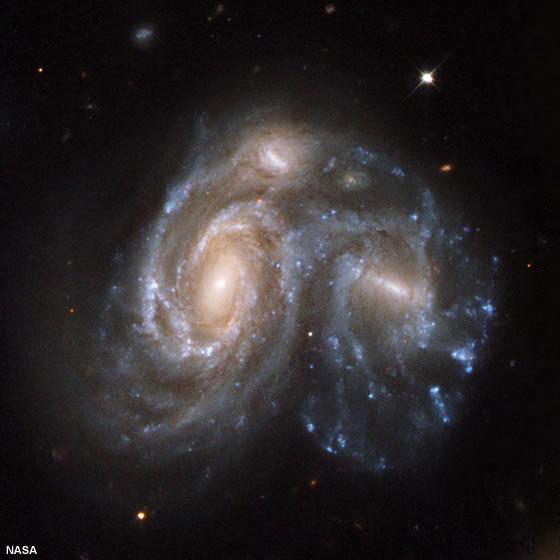 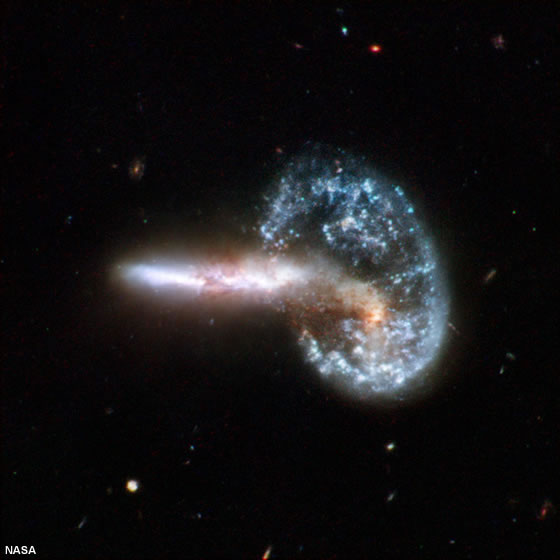 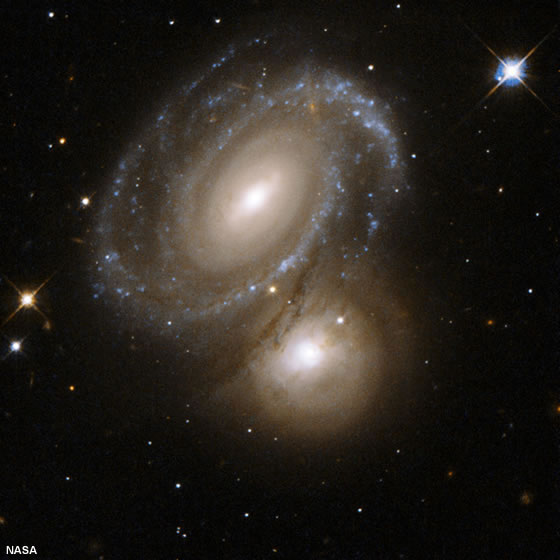 Most of these photos from Hubble telescope via www.geology.com