New graffiti by street artist and notorious recluse Banksy  is popping up in L.A. ahead of the Academy Awards in what might be the most unusual Oscar campaign in history.   The film directed by Banksy, Exit Through The Gift Shop, was nominated for Best Documentary.

The most interesting aspect of this nomination is that many people (including me) believe that Banksy’s film is a hoax;  not a documentary but a continuation of his satirical, irreverent humor,  providing political and social commentary.  For a synopsis of the movie’s plot go to The Atlantic.

Execs at the Academy are in a tizzy.  “The fun but disquieting scenario is if that film wins and five guys in monkey masks come to the stage all saying, ‘I’m Banksy!’ Who the hell do we give it to? […] That’s the fun part of this job. There’s always some crazy-ass wrinkle you never thought of before.” And with that, Academy executive director Bruce Davis is plotting a “procedure” by which the elusive graffiti artist can claim his Oscar should Exit Through the Gift Shop win.

When Banksy was nominated Jan. 25, he put out a statement: “This is a big surprise. I don’t agree with the concept of award ceremonies, but I’m prepared to make an exception for the ones I’m nominated for. The last time there was a naked man covered in gold paint in my house, it was me.”

Note below, bullets are crayons. 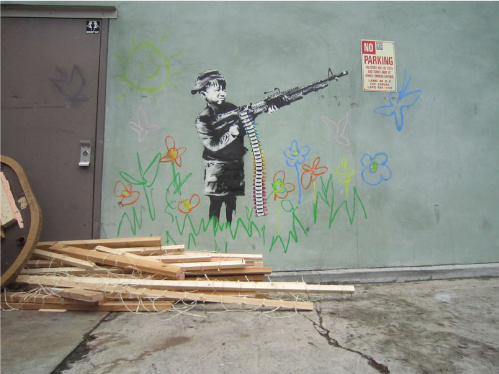 If you’re familiar with Banksy, scroll past his work to see other graffiti artists.

The above graffiti is by the elusive graffiti artist Banksy, probably the most famous anonymous artist alive.

Banksy started as a teenage tagger in Bristol, England and has managed to become a well-known artist making million-dollar art while keeping his identity a mystery.  His stenciled graffiti continues to pop up on streets, walls and bridges throughout the world.

In his book, “Wall and Piece” he claims that as he was starting to do graffiti he was always too slow and was either caught or could never finish the art in the one sitting. So he devised a series of intricate stencils to minimize time and overlapping of the color.

This piece depicts “the gray ghost,” a New Orleans local who makes it his job to rid the city of graffiti–and who has successfully covered over this work and several others by Banksy that appeared in that city in 2008. 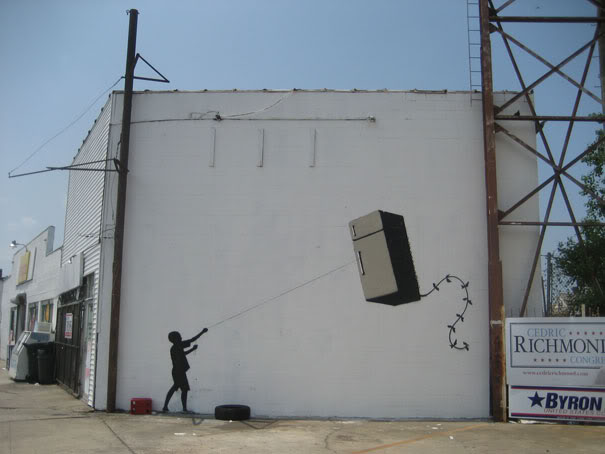 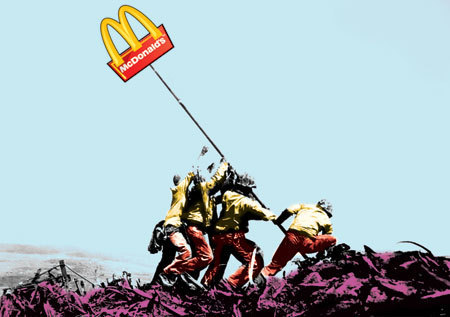 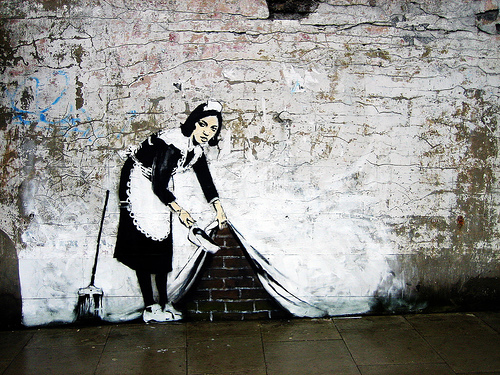 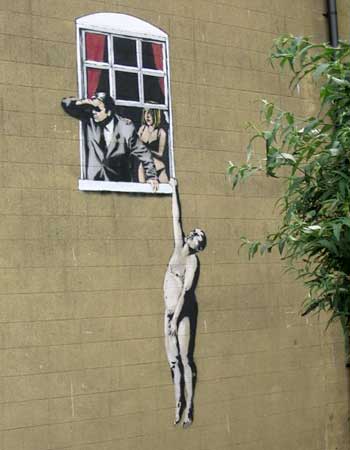 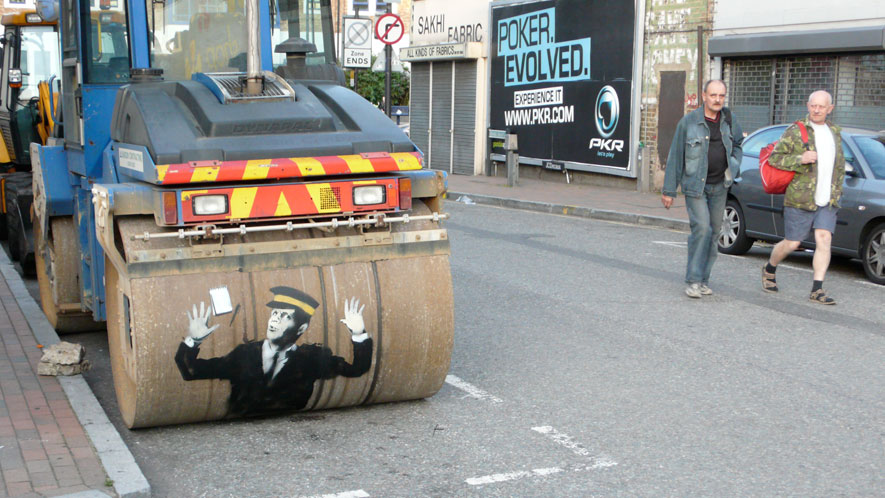 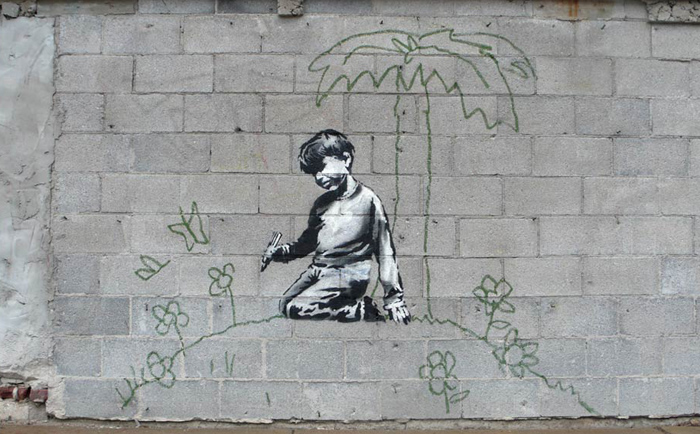 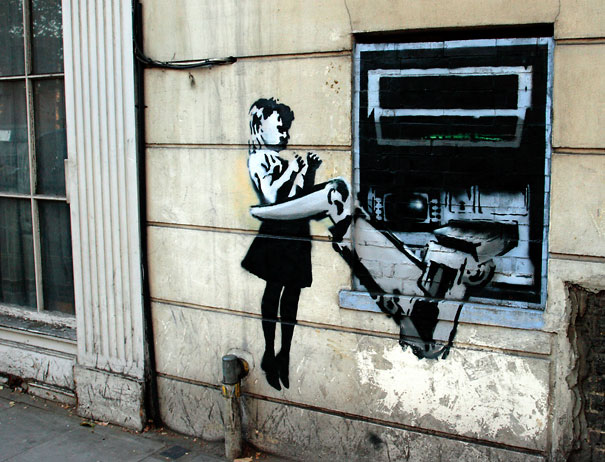 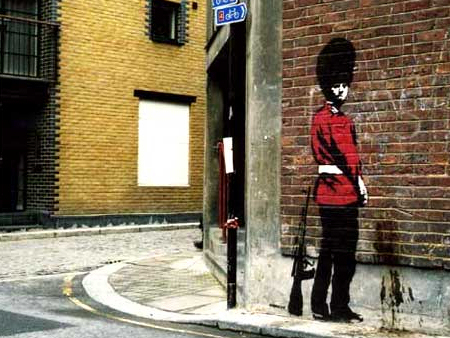 The next three were painted on the West Bank barrier wall in Israel on the Palestinian side of the wall. 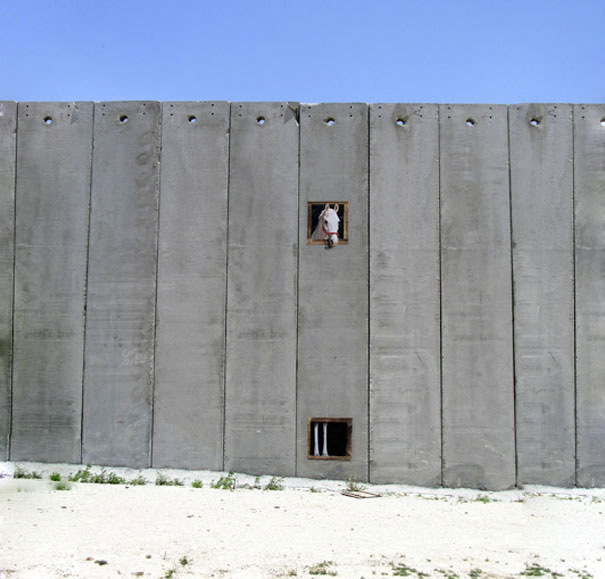 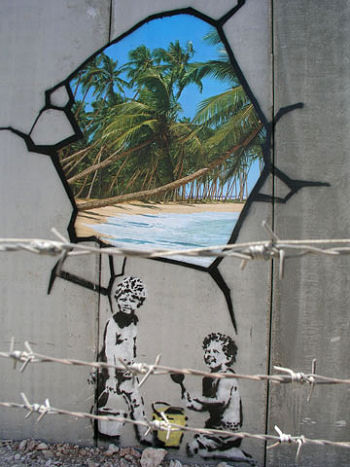 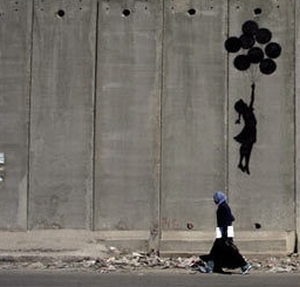 When new graffiti is found in a style similar to Banksy, various people, photographers and websites debate whether it’s a genuine Banksy.  Photos of some of his work appear on his website so there is no disagreement.  But many don’t.  Click here if you want to visit his official site.

A well-received documentary was made by Banksy, “Exit Through the Gift Shop.”  It is the source of much speculation about whether it is a spoof or straight-up story.  Here is a link to Vanity Fair’s take on it.

A London artist, known only as Slinkachu, calls this unusual graffiti  ‘Inner City Snail – a slow-moving street art project’.  Slinkachu is keen to point out that non-toxic paints were used.  The 28-year-old said: ‘No snails were harmed – they just had their homes vandalised.’

Peter Gibson (a.k.a. Roadsworth) was frustrated with the lack of safety provided for cyclists in today’s cities.  The Montreal artist began (illegally) spray painting extra bike lanes onto the streets in 2001. It wasn’t long before he began to branch out and address other civic and environmental issues. 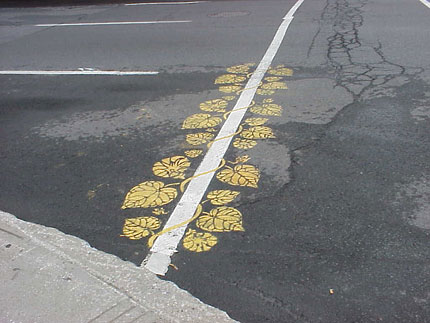 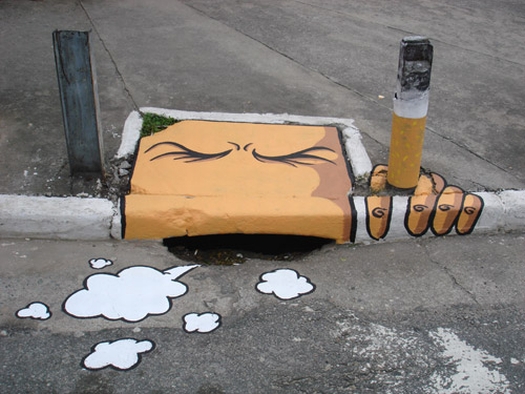 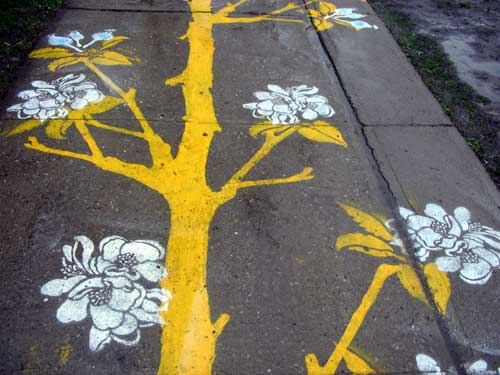 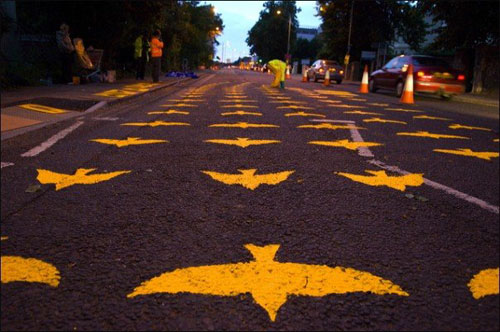 In 2004, Gibson was arrested and charged with over 80 counts of public mischief. With public support on his side, his sentence was lenient: a minor fine and 40 hours of community work which entailed creating legal artwork. Today he is often commissioned to create works of art. 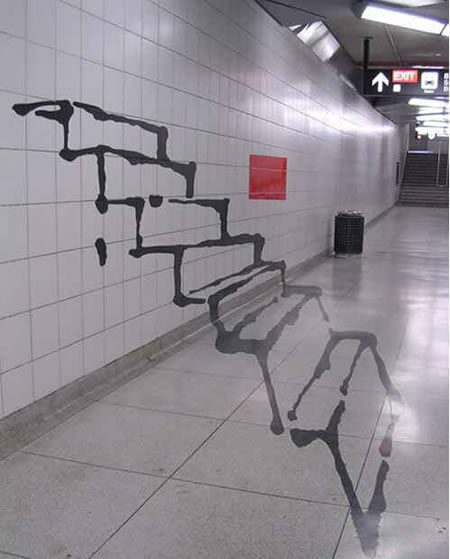 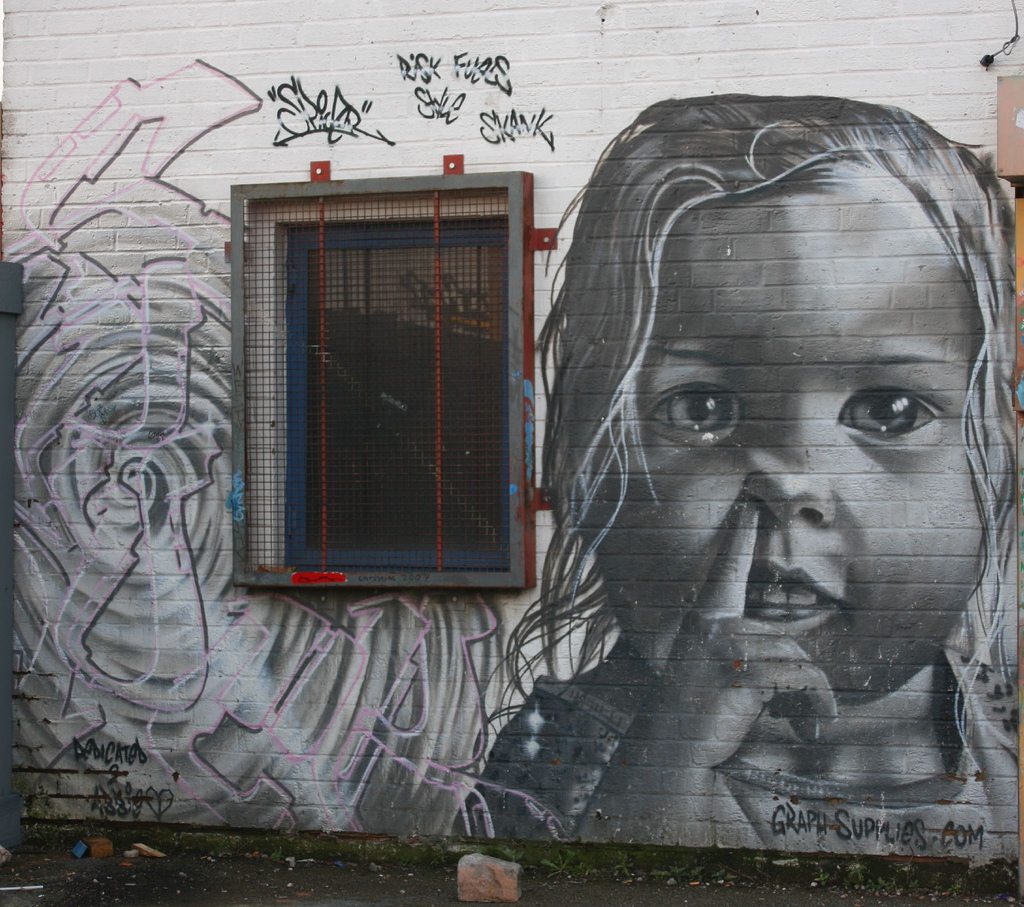 7 thoughts on “Graffiti with a Chuckle”