Thanks to the Siena International Photo Awards contest for reminding us that no matter how many images we have appreciated, there are still boundless examples of culture and nature to be captured by talented photographers and shared for our amazement and enjoyment.  Only in its second year, SIPA has already become an important staple of the international photography community with entries by photographers from over 100 countries.  We are fortunate to have explanations for most of the images. 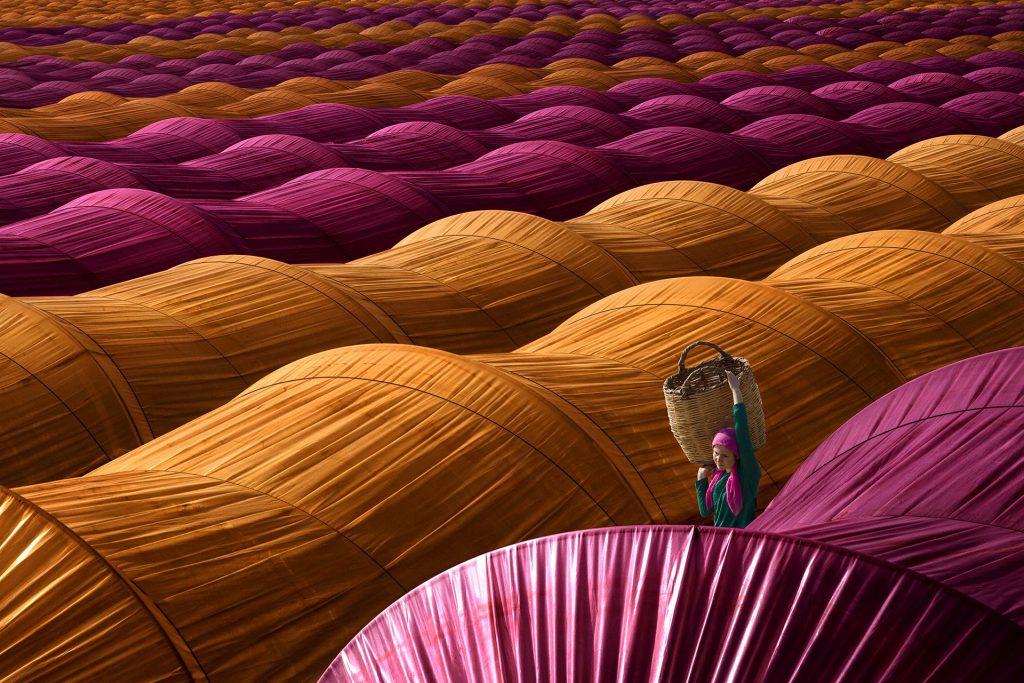 A strawberry-picker walks between colourful greenhouses near Nazilli, in the Aydın province of Turkey. By Leyla Emektar 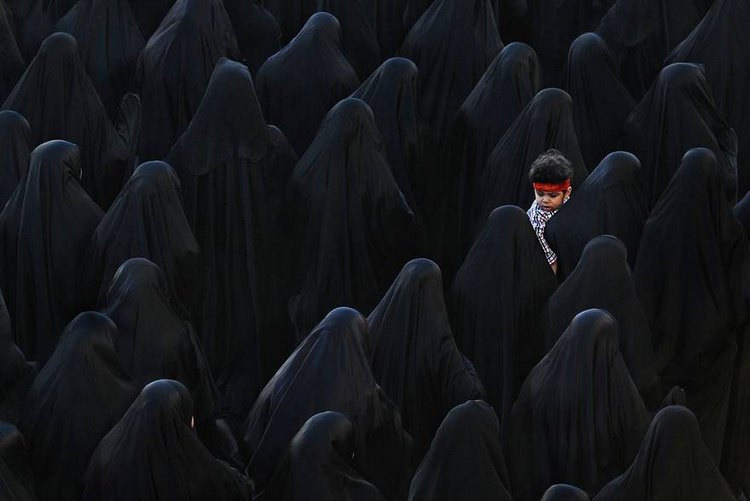 A Bahraini Muslim woman carrying her son while taking part in a funeral in Sitra Village, South Manama on March 22, 2011. Photo by Isa Ebrahim 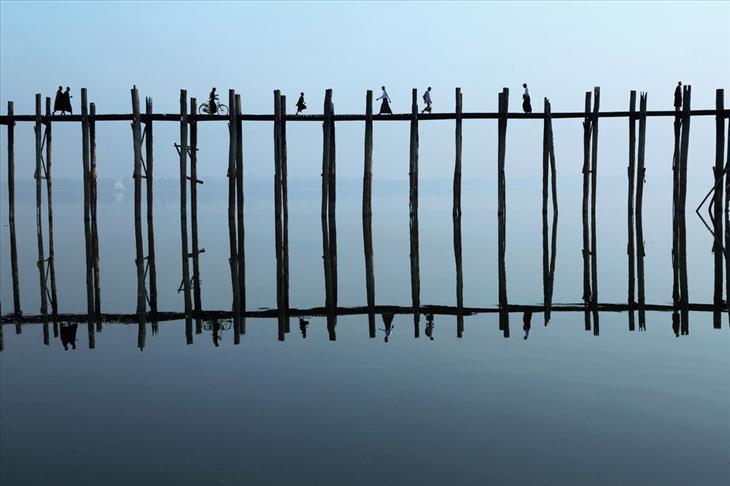 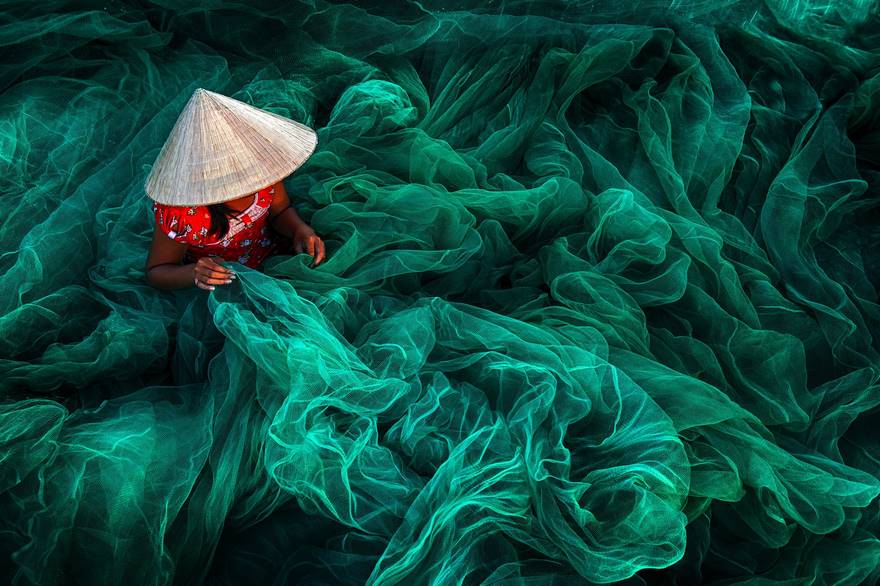 A woman in the small fishing village of Phan Rang in southern Vietnam is making a traditional fishing net. Handmade fishing nets are typically manufactured by women while the men are responsible for catching fish. By Danny Yen Sin Wong

During a Dharma assembly in the monastery of Labrang Lamasery, due to the heavy snow, all the monks’ robes were covered with a thick layer of snow. Photo by Jian Huang

Chinese fishermen on the Ou river close to the city of Lishui – whose name means Beautiful Water.    By Vladimir Proshin 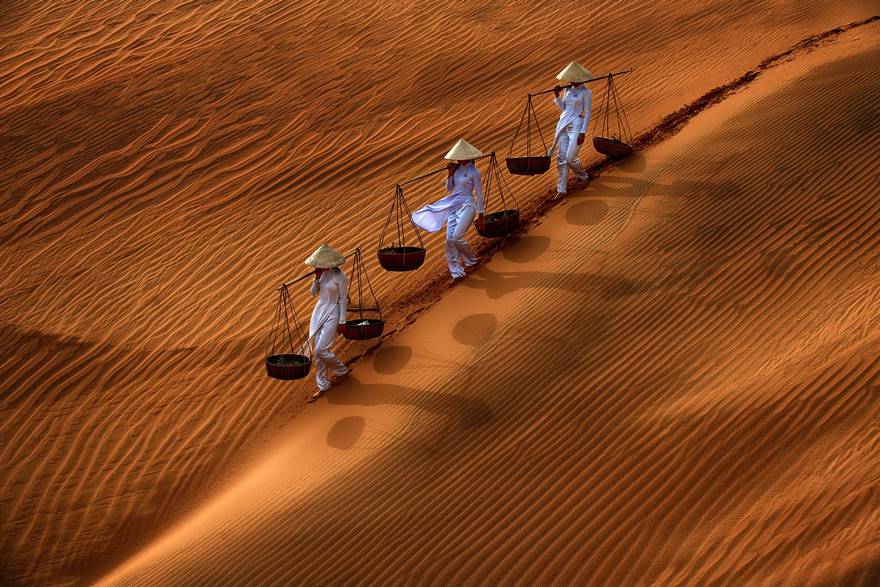 On the sand dunes of Mui Ne, in South Vietnam, three girls are walking along the slope wearing their typical cone hats and carrying their scales.  Photo by anny Yen Sin Wong 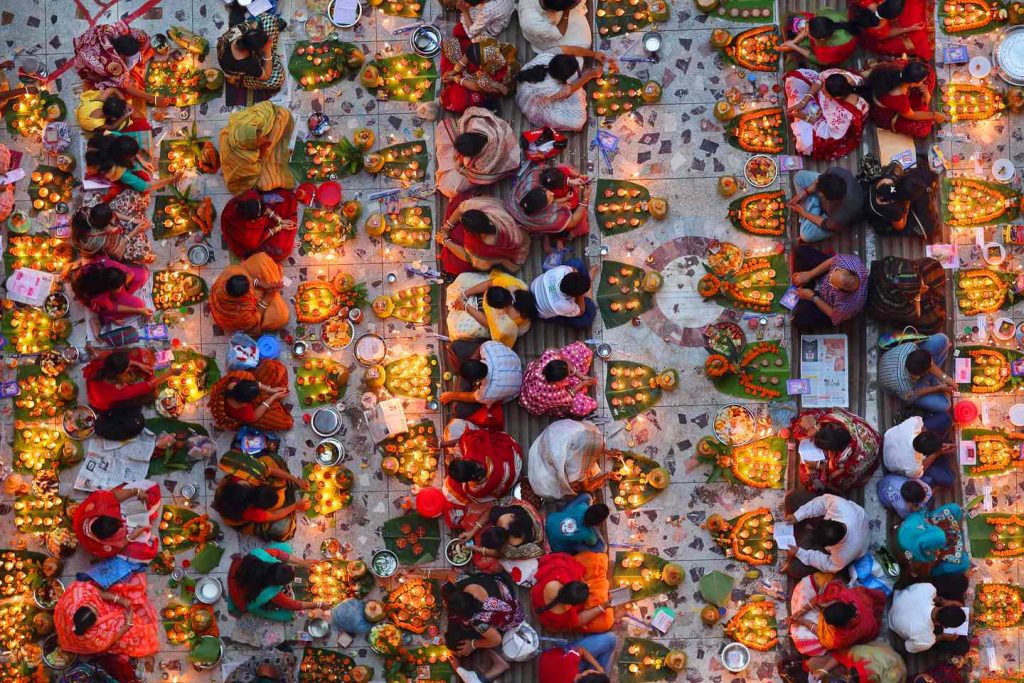 Coming to get salt, by Jørgen Johanson. The Danakil Depression in Ethiopia is one of the hottest, the lowest and the most inhospitable places on earth. Asale lake is 116 metres below sea level. The Afar people extract salt using camels for transport.

At the Santa Catalina monastery in Arequipa, Peru, cloistered novices play volleyball. They pray nine times a day and live their lives in silence but, during this short break, they spend time together in the garden. By Melissa Farlow 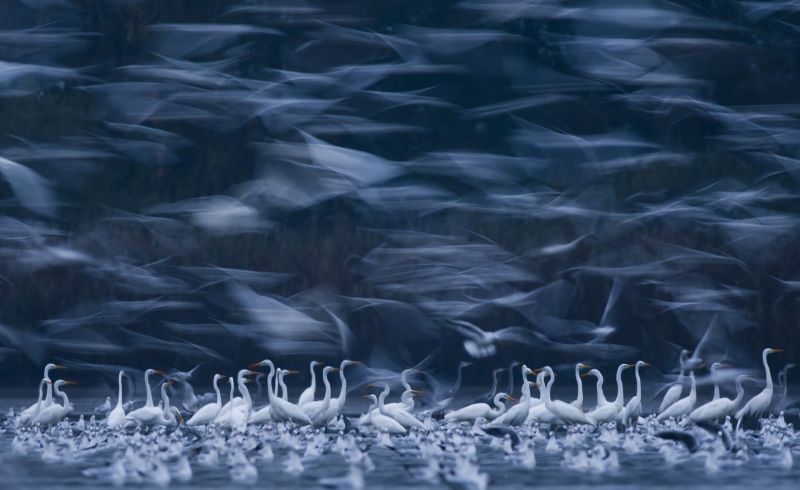 When the ponds are drained in the Barycz Valley, Poland thousands of birds gather to eat fish. First came the first egrets and gulls. When an eagle appeared all the gulls flew off while the egrets stood motionless creating this striking image. By Mateusz Piesiak in Poland.

Aerial perspective of the red chilli harvest season in Bayingolin Mongol prefecture, Xinjiang, China, when farmers pick and leave them to dry in the sun. Photo by Hanbin Wang.

By Jiming Lv in China 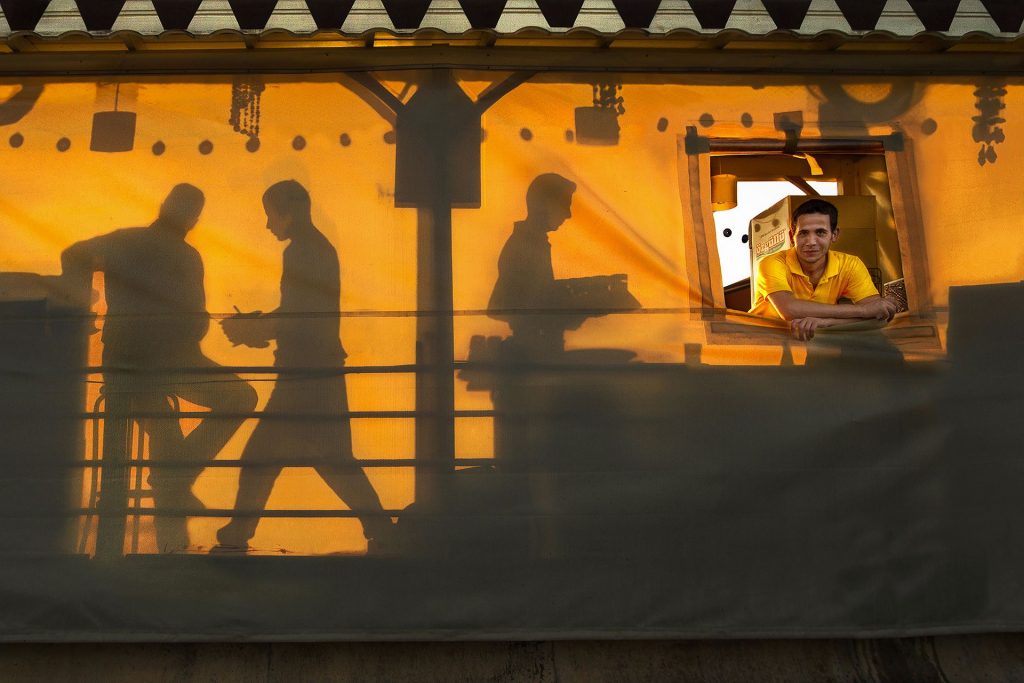 While going to the beach in Basiskele, Kocaeli Turkey to take photos, the shadow of some people in a cafe, caught my attention. I decided to wait for the sunset in order to emphasize the shadow effect. After a few shots, someone suddenly looked out a window providing another interesting frame. By Leyla Emektar 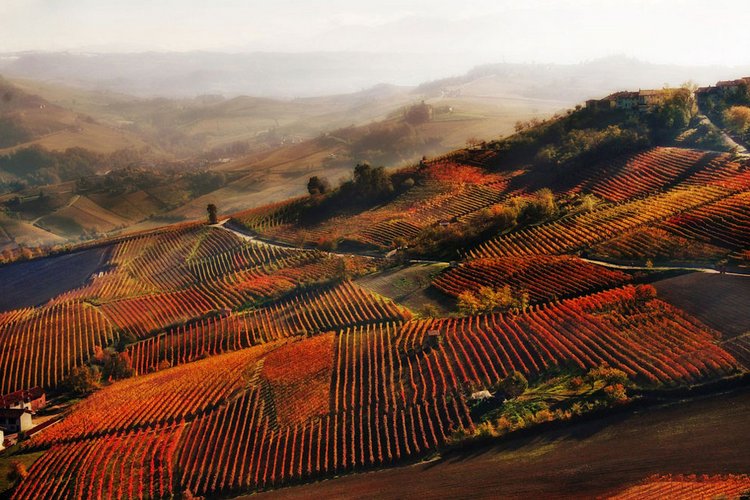 Red mist in Alba. An autumnal glimpse of vineyards near Alba in the Langhe hills of Piedmont, Italy. Photo by Valentina Galvagno 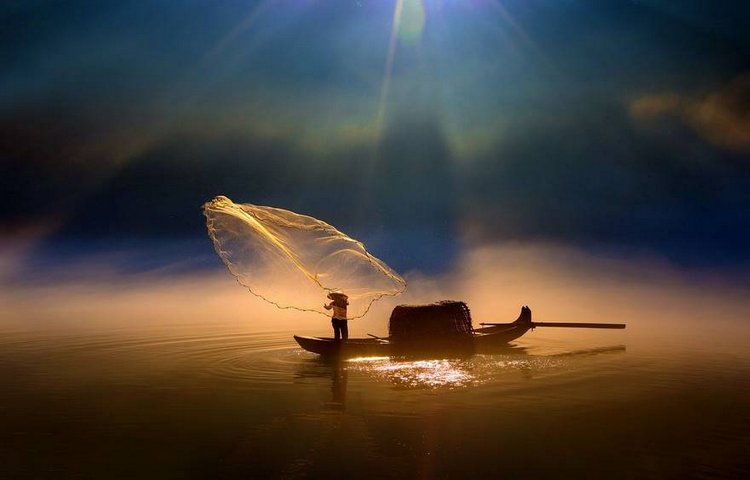 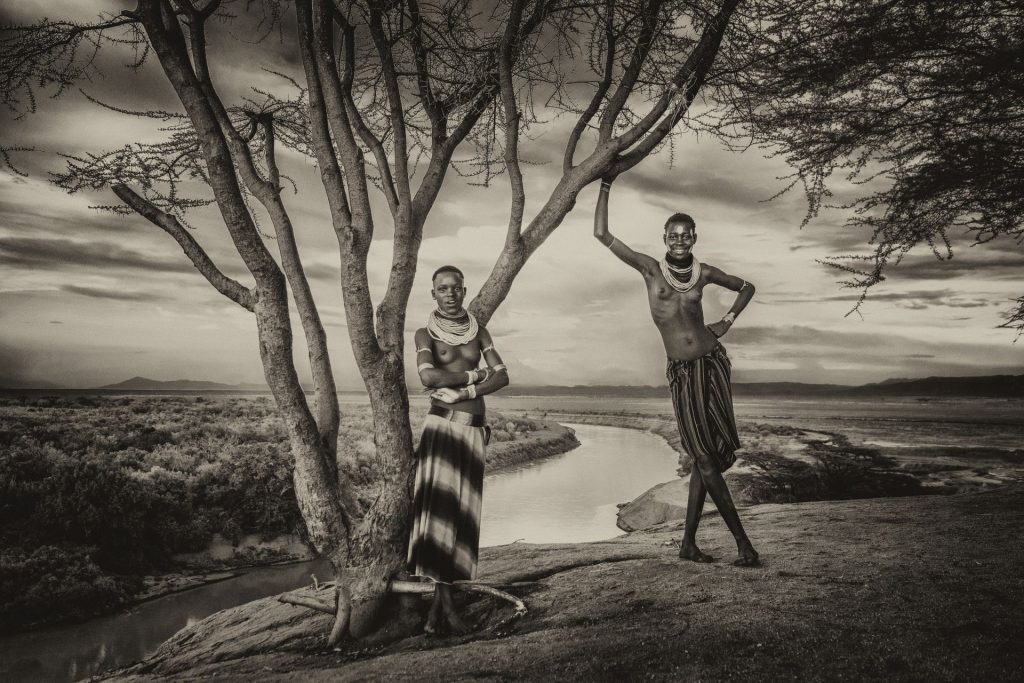 By The Eng Loe Djatinegoro of Indonesia 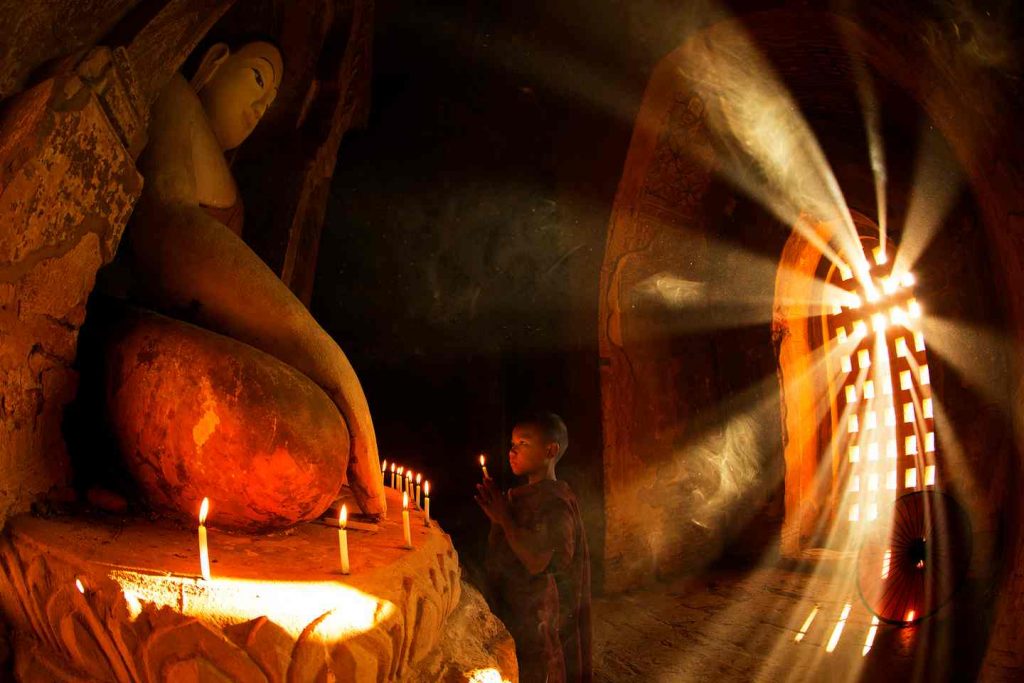 At prayer in Bagan, Myanmar, by Lim Chee Keong 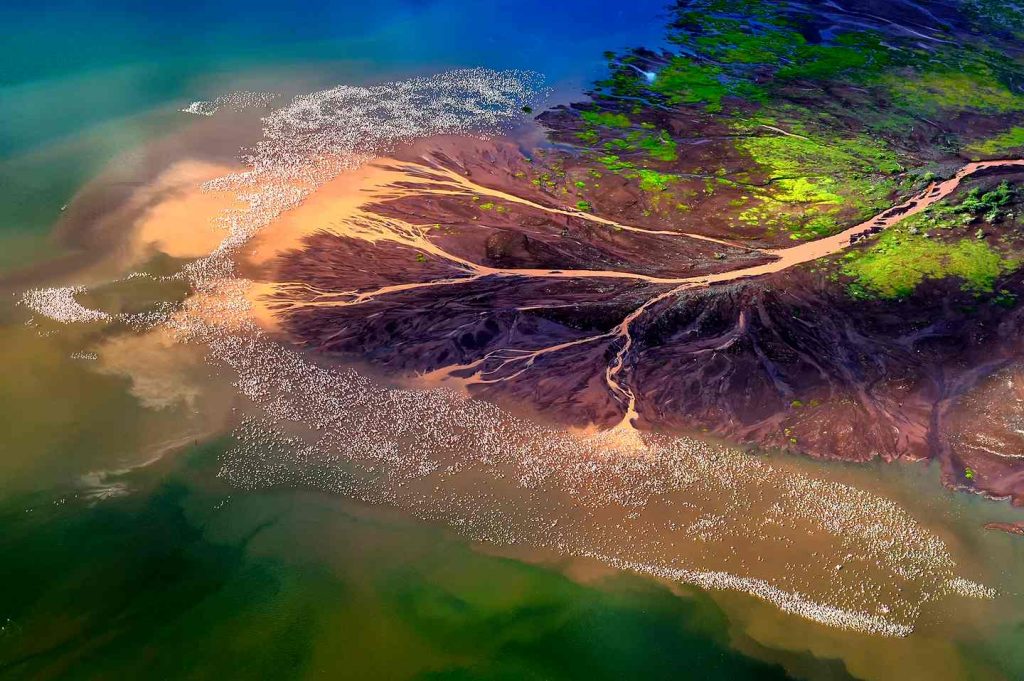 These saline shallows in northern Kenya are populated by millions of flamingos visible to the careful viewer. By Franco Cappellari. 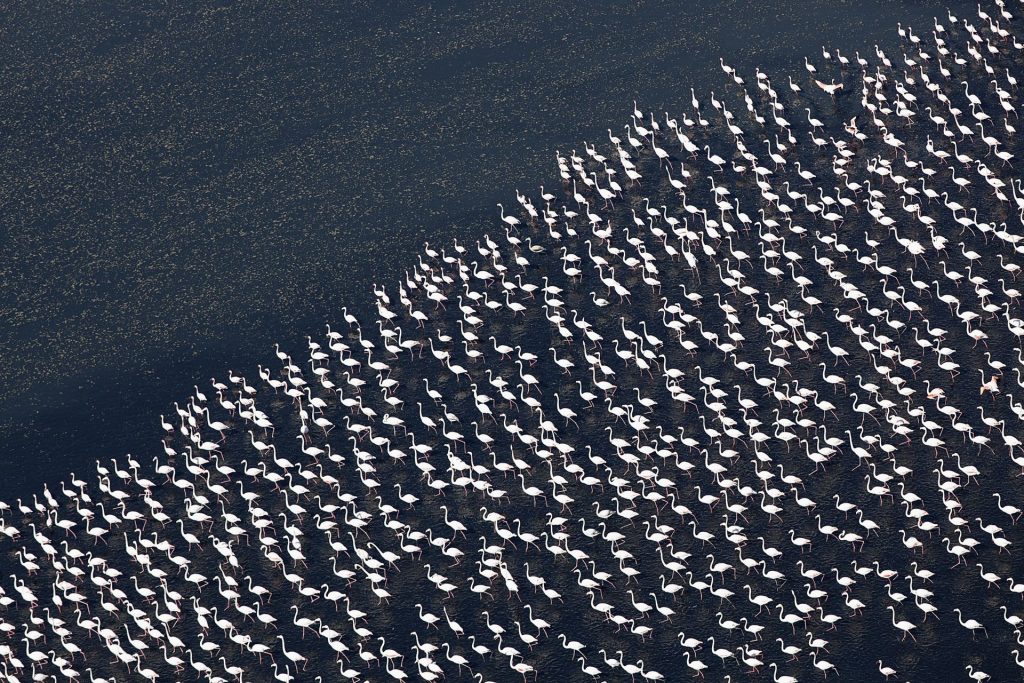 Another view. By Jay Roode, Zambia 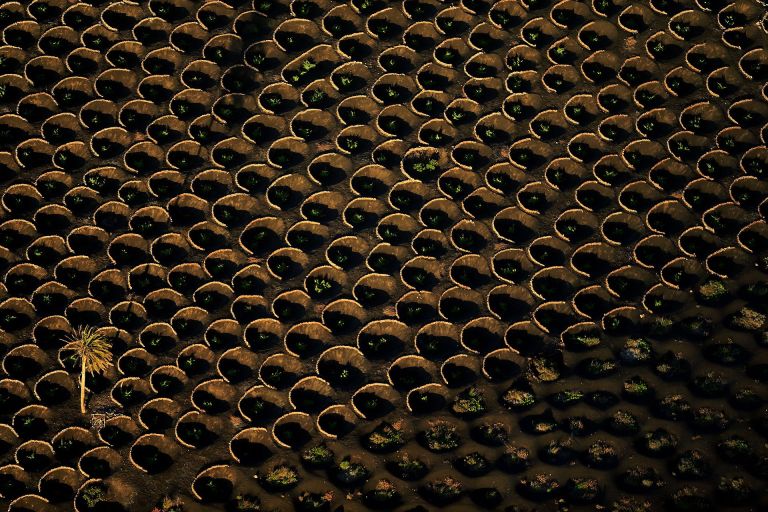 This project carried out by locals is for aging wine directly in the ground which is rich in minerals. 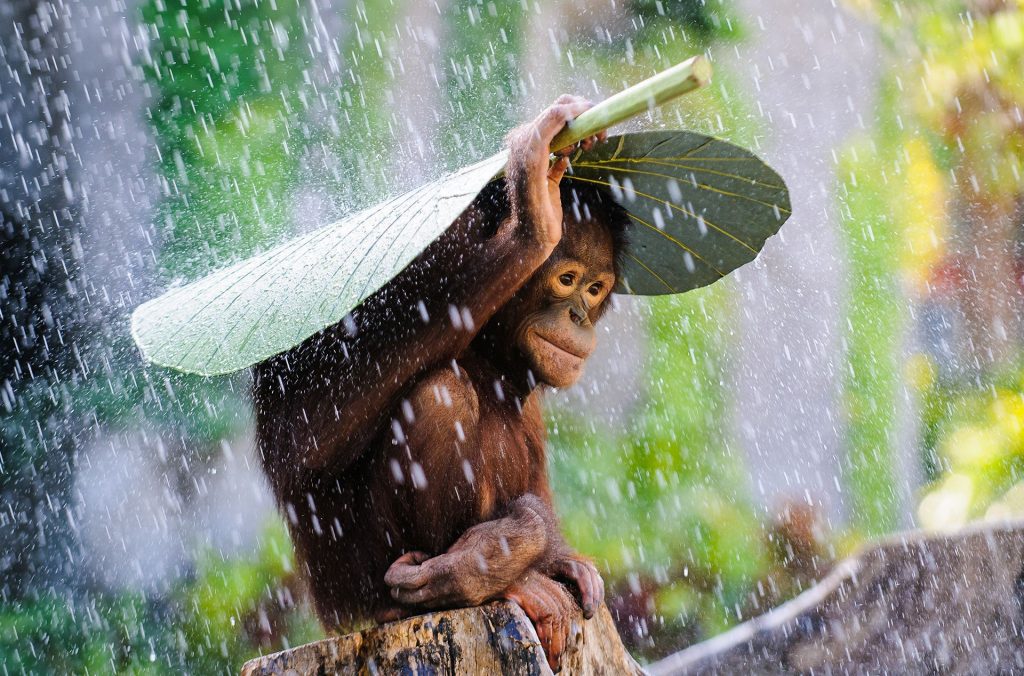 Orangutang in Bali, Indonesia uses an umbrella, by Andrew Suryono 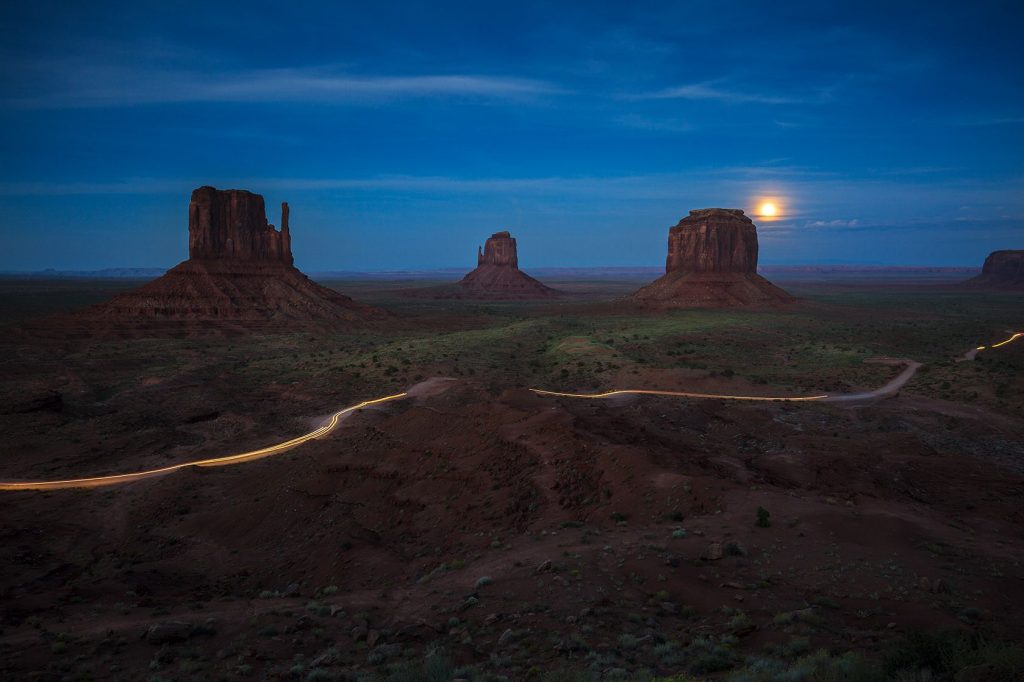 Thanks to Siena International Photo Awards.  Also to Bored Panda and Wim for getting me started on this post.